Tim McDonough, GM and CMO of Unity, is no stranger to technology with prior positions at Microsoft and Qualcomm. It looks like he’s with another winner. At this year’s annual gathering, known as Unite 2018, flocks of users and wannabe users in numerous industries, from gaming to automotive, collide at the JW Marriott in DTLA. Each of the concurrent seminars focus on one of the various offerings from Unity, and how it’s going to make the designer’s and creative’s life better.

AutoDesignO is able to snag McDonough for a few minutes, getting him to open up on the new design software tools, and why you should care. Take five and find out the latest! 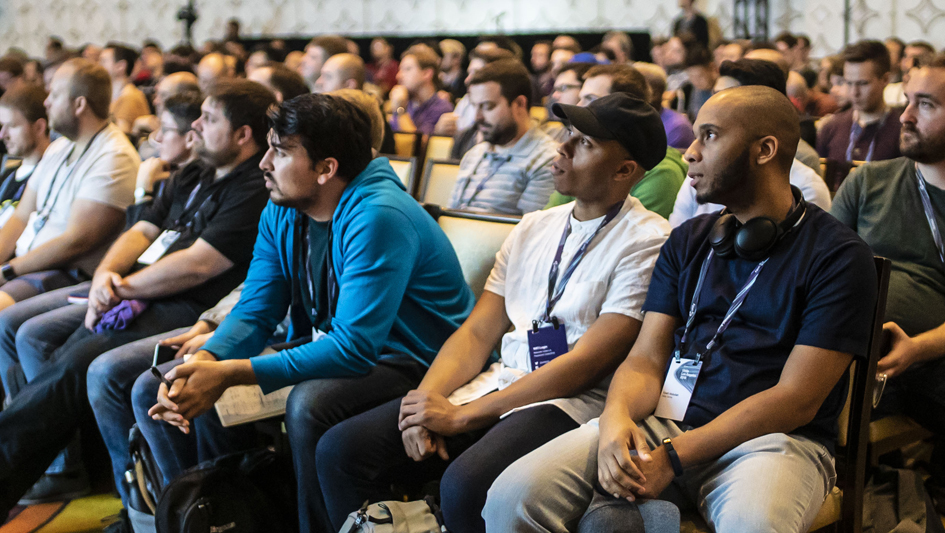 AutoDesignO: And can you tell us a little bit about Unity as a whole?

Tim McDonough:  Yeah, sure. Unity is the largest realtime 3D game engine company in the world. That means we power 50 percent of the mobile games, so you may not have heard of Unity before we started speaking, but there’s probably a Unity game right in your phone that you’ve been playing.

And then, beyond being in the games business, our technology’s being used across a number of industries to power realtime 3D experiences and a lot of what you’re seeing today is exactly those. Realtime car configurators, so you can check out a car in VR on the web and it’s almost like being in the showroom but no sales person, so you can really explore it at your own pace. To people designing cars in VR to, I’m not sure if you saw our talk on simulation, but companies training their autonomous vehicles how to drive by letting them learn in the video game versus on the street, which is both cheaper and safer.

ADO: Well, as AutoDesignO focuses on automotive design professionals, can you tell us a bit more about that part of Unity?

Tim McDonough: Yeah, absolutely. I think the most fun thing I’ve seen with designers and their ability to use Unity is that it really gives you instant gratification. So if you’re designing a beautiful 3D object on a 19 inch or 21 inch 2D screen, you’re not experiencing that design in real life. And the beauty of Unity is that we make it very easy for somebody to take the design that they’re building, regardless of the tool they’re using, and immediately put it in VR and look at it in one-to-one scale and walk around it and look above it and get below it and climb in it and very rapidly iterate from design to review, make your tunes and tweaks back in your design or CAD program. Review again and get it right in hours or days with what used to take sometimes weeks of iteration back and forth. Waiting for a power wall to be available and then making a tune and a tweak and then you wait another two weeks for the power wall again. So it’s instant gratification for designers.

ADO:  There’s a lot of interesting tools available for automotive designers. What in particular makes Unity stand out from some of the competition?

Tim McDonough: I think that the key thing about Unity is that it’s realtime and it’s interactive. The realtime aspect is you aren’t sending something off to a render farm and waiting. Like you literally take the model, simplify it, and then you can walk around it, interact with it. And so it’s that no delayed gratification piece that’s really important. Unity is also very relatively inexpensive compared to a lot of the other software tools that are out there. 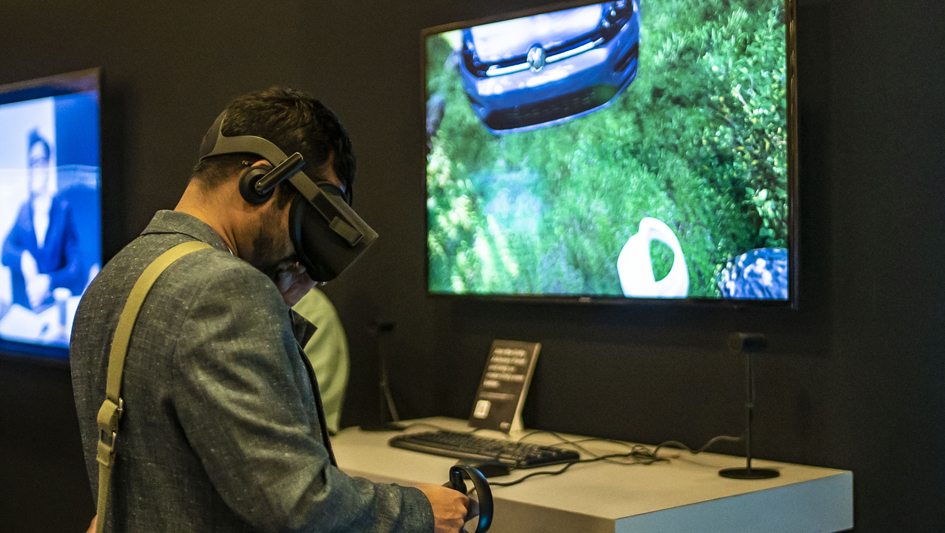 The second thing that’s important is interactivity. So because Unity used to build video games where you can fly a spaceship or drive a car or just about anything somebody can imagine. It’s very easy to make a car where the seats go back, the roof goes down. You can play with the navigation system. So not only do you have a visually beautiful and visually accurate object, but you have one that works. And so I think for a designer or somebody doing consumer research, you can really see what’s that experience going to be like way earlier in the process than you ever were able to before.

ADO: Can you tell us any of the companies you are currently working with?

Tim McDonough: Yeah, so you probably saw this morning Lexus and Toyota doing demonstrations. We work with the Volkswagen Group and you know, which has 13 brands in it. With BMW, Daimler. The list kind of goes on. The list is eight of the top 10 OEMs just based on volume. So you kind of go through the whole list that way.

And then we also work with Airbus and Boeing and Dassault, and the majority of the world’s aircraft design companies, manufacturing companies as well, doing a lot of the same things. How do we design this plane? How do we design the interior? How do we lay it out? Same things we’re doing in automotive, which is also a lot of fun.

ADO:  What sort of support does Unity provide designers looking to utilize this?

Tim McDonough: Yeah. So if, let’s say you’re a designer and you’re a student, you can download Unity Pro for free. We’ve got our own online tutorials and you can start playing with the product on your own without having to spend a cent. So access to the tools for people that are learning is really important to us. So my son took Unity at seventh grade in public school at one of his classes, which was kind of mind blowing to me. So we try to make it as accessible as possible, so that’s a starting point.

Then for designers that are in corporations, whether you’re in a design house or working for an OEM, we typically will partner with the head of design and we will come in and we will run training workshops, get people up and running with projects. We’ll sometimes have people on site that help them get up to speed and then we will assign support engineers to a company.

So we will help somebody get from not using Unity or real time 3D to real time 3D very quickly, and then off they go. 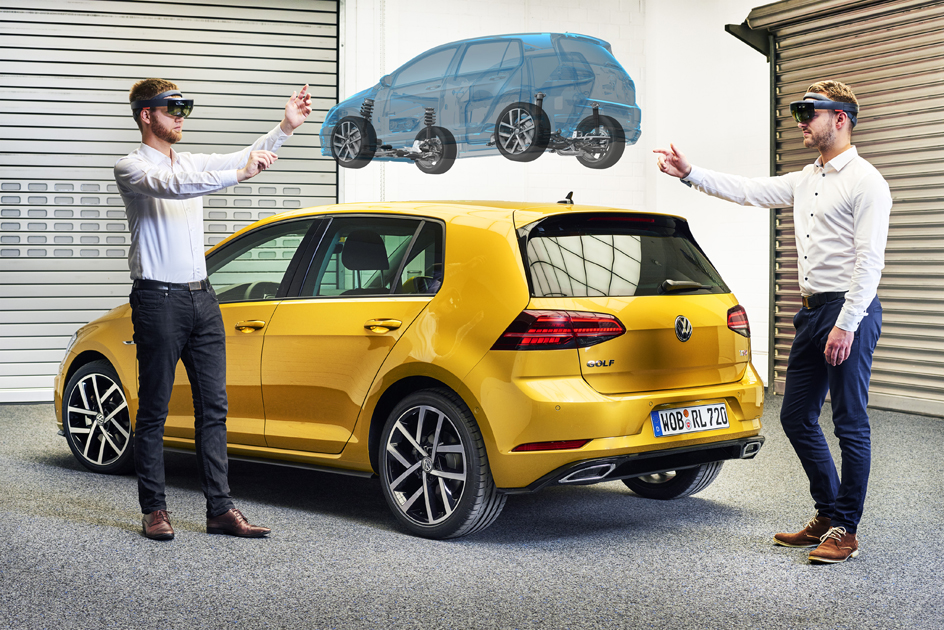 ADO:  Can a design studio, if they don’t have enough talent in-house, can they send work out to Unity?

Tim McDonough: Yeah. So that’s a great question. Very often we’ll have a head of design say, I really want to accomplish this, but I don’t have any coders. So there’s a couple of things we can do. Unity can help certainly, but then we also work with a pretty broad network of agencies and design houses that do work for hire or project work.

So I think you saw with Lexus this morning, Team One who’s publicist agency that does exclusive work for Lexus, is a great, highly skilled Unity user. But I have a list of probably over 100 users or agencies around the world. So if you’re in France and you want a Unity design house, I’ll take you to Light and Shadows. If you’re trying to do a global project, I might take you to the IBM IX team. If you’re doing training, I might take you to Deloittes ARVR practice. So depending on the project and your geography, we can help you find somebody to do the work.

ADO:  How easy is it compared to other (competitive) products to become familiar with the other tools available?

Tim McDonough: I think it depends on your level of coding skill. I think for people that are using sophisticated design tools today, they get started pretty easily. What we’re then doing is we’re actually making Unity simpler to use for people that are non coders. So one of the things we announced at this show was a couple of different templates and templates are basically like starter kits. So if you want to complete a project, we’re going to give you some of the assets and some of the scripts, which are those little objects, little pieces of code that make things easier to do. So, if you have some coding experience, you’re going to be successful. If you want to learn it, we’ve got the training materials. If you want a template to get you started or a starter kit, we make that available as well.

ADO: So what’s next on the horizon?

Tim McDonough: Well, there’s, I’d say there’s still plenty of work to do in the design phase. So you know, automotive designers set such an incredibly high bar for photo realism and lighting and shadows and textures. So you’re going to see us continue to increase our graphics capabilities. You’ll see us continue to make it easier to create interactions like doors that open and HMIs that work.

And then another fun thing that I see designers really innovating with is what is the HMI going to look like when the car drives itself? So I think that’s probably a really big next thing. You know, auto companies would like you to put down your smart phone and interact with the car when it’s driving itself, to be entertained, get information, understand what it’s doing as you’re getting used to being driven by a machine. So a lot of the companies that are showing prototypes of large HMI experiences, they’re designing those at Unity.

Byton at CES 2018 had a prototype car. It had a 47 inch wide touchscreen, which is probably a record, and that was just one of the touchscreens. There was a touchscreen in the steering wheel and there was touch screens in the back seat. Those were all run by Unity. So they were imagining what is the future entertainment experience going to be. And so that’s, I think, one of the big what’s next from a designer’s perspective. Because that inside of the car is going to be more and more and more important.

ADO: So you haven’t hit any dead ends yet?

Tim McDonough: I don’t think we’ve hit a dead end at all. I would say we’re pleasantly surprised that you can see Unity being used across pretty much the entire life cycle of designing, building, selling and then even servicing a car. And when we add in that notion of running the screens on the HMI, it’s pretty fun to be able to see a car cradle to grave – all the way through.