The Cul de Sac Experience is one of the highlights at Modernism Weeks Fall Preview, at least for those that have a drop of motor oil in their veins. This event is a blend of both architecture and automobiles of the same period. Actually, this takes the concept to the next step, as this is totally immersive with all the homes in state of the art (1950s) condition, many of which are open for viewing. The homes are very much in step with the mid century modern flair, from the materials to the small details and art.

This gathering can’t happen just anywhere, as the towering mountains provide a majestic backdrop that’s timeless. This is probably as close to time traveling as one can get.

Interview and images by John Grafman

AutoDesignO: Walking down the sidewalk of the Cul de Sac Experience at Modernism Weeks Fall Preview is like a walk back in time. What part does automotive play in discussing Mid Century Modern?

Jeff Stork: Automotive styling is fashion stamped in steel. It’s an indelible date stamp. With an architecturally preserved structure, the right car is the strongest visual element to creating a time capsule experience. From there add the clothes, the music, the accessories and go as far as your team is willing. 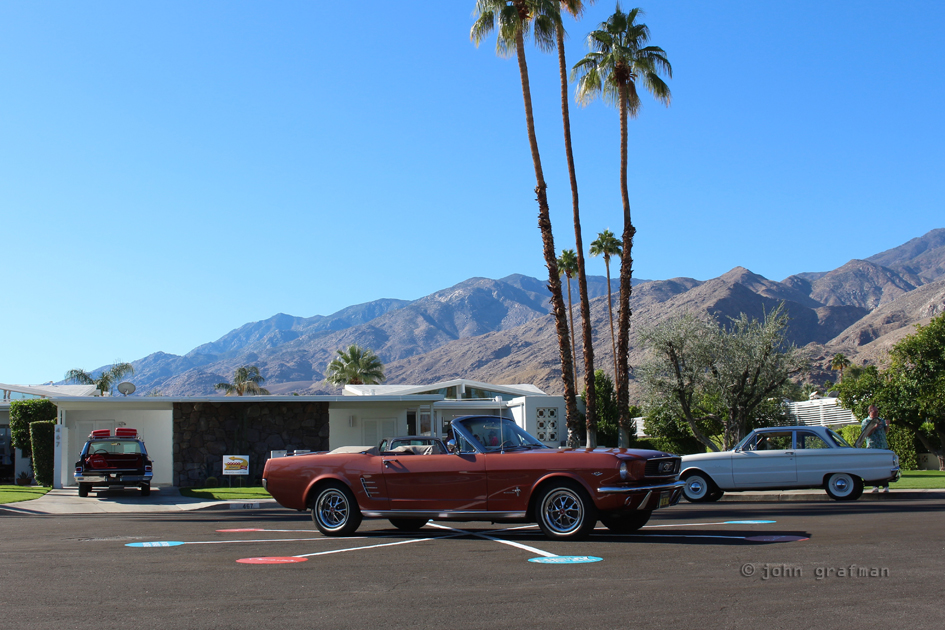 ADO: How did you get involved, and how challenging was it getting the “right” cars for this event? Why were these particular autos special in “telling the story”?

Jeff Stork: Cul de Sac Experience started by accident in Tom Dolle’s (of Tom Dolle Design) kitchen. His house was on a home tour, and he had his ‘67 Pontiac convertible in his driveway. He asked if I would bring over a couple of period-appropriate cars to park at neighboring houses. I showed up with a ‘64 Riviera and a two-tone ‘59 Olds with crazy tailfins. We looked through his kitchen window at the scene, and knew what we had to do. And people went crazy over them all day. We knew we were on to something. 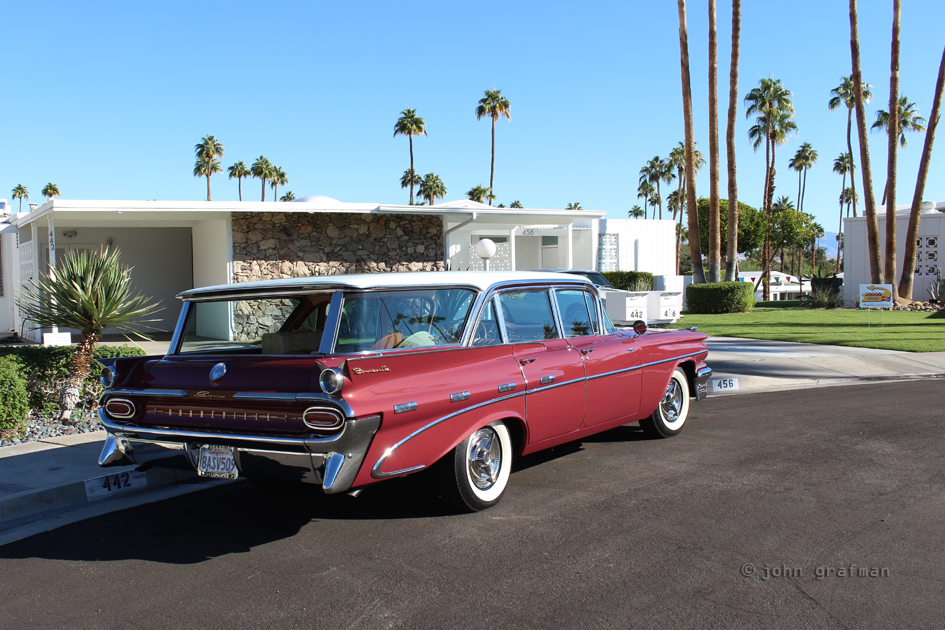 ADO: What are the hallmarks of mid century design that carry over from architecture to automotive?

Both reflect the era they are conceived in, and both focus on line and perspective

JS: Both reflect the era they are conceived in, and both focus on line and perspective. In the late forties, the International style with its clean geometry seemed to be moving faster than the roundish cars did. But then automobiles became inspired by rockets, and by the late 50s- with the advent of the tailfin- the car caught up. 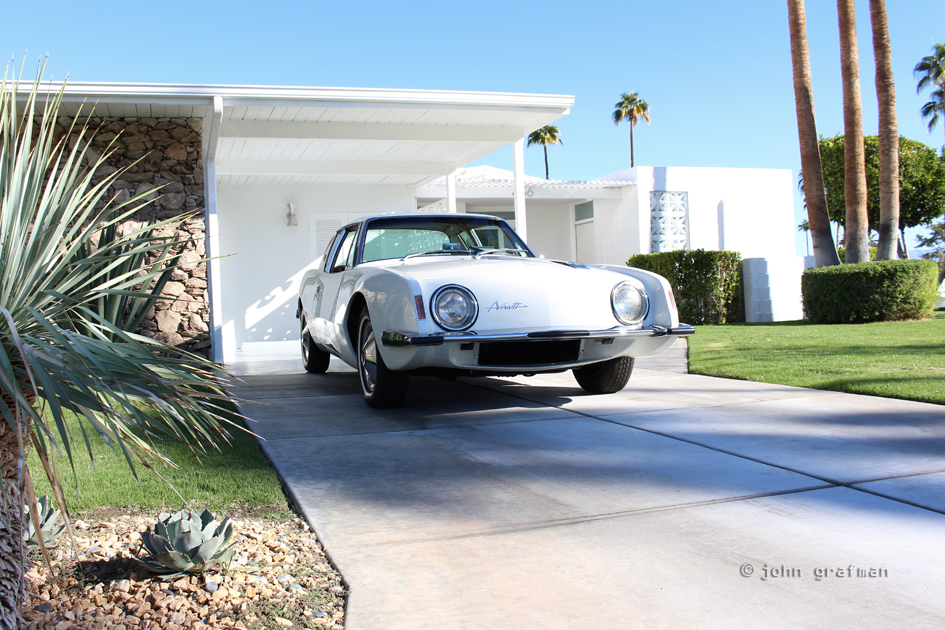 ADO: The selection of cars at the Cul de Sac Experience is memorable, in part because of the styling, but also due to being so well preserved. Are these the anomaly in the Palm Springs area, or is the desert home to a treasure trove of nicely preserved, mid-century Detroit metal?

JS: The desert has a surprising number beautifully kept cars. I rely on a small set of carefully curated collections. The first time I drew pretty heavily from our own collection, but now people even reach out to us. Once the theme is decided, I pick out the cars that best support the statement we are trying to make, and then I start calling owners. No one has ever said no. Not once. It’s amazing. It’s like being part of a Cul de Sac Family. 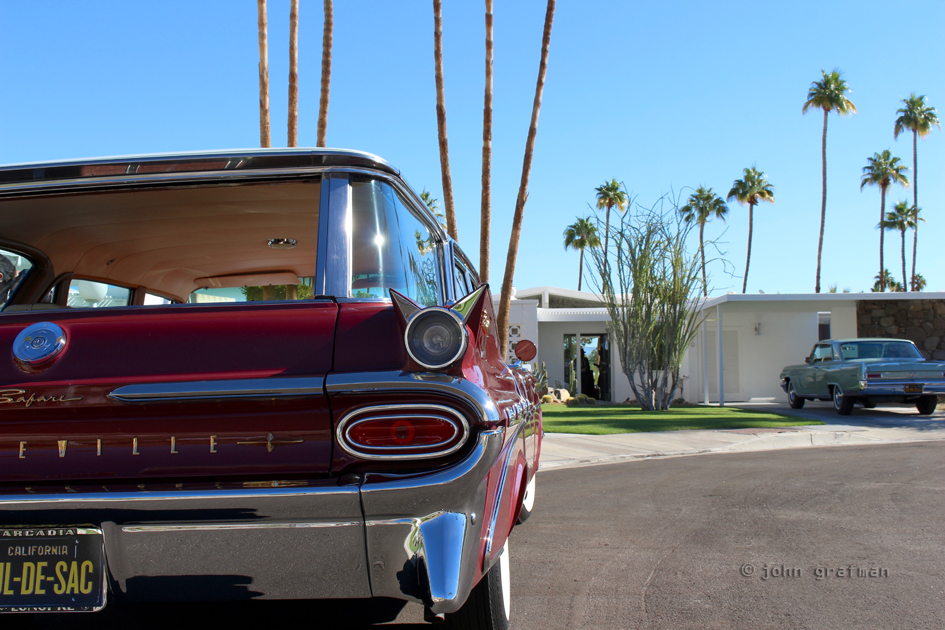 ADO: This isn’t the first time that Modernism Week has featured the Cul de Sac experience, and it’s clear that period correct cars help to recreate the era. Should MW expand upon the pairing of cars and homes?

It’s more than just plunking an old car in a driveway. At the Cul de Sac Experience it’s about selecting the most appropriate choices for this specific tour

JS: The important thing to realize is that Cul de Sac is a Time Capsule Experience. So the cars are very important, but so are the clothes, the music and the period accessories. I’ve talked about curated car displays in Modernism Seminars and have helped on other tours, but it’s more than just plunking an old car in a driveway. It’s about selecting the most appropriate choices for a specific tour, and then supporting them with as many period elements as you can. That makes for a memorable tour. 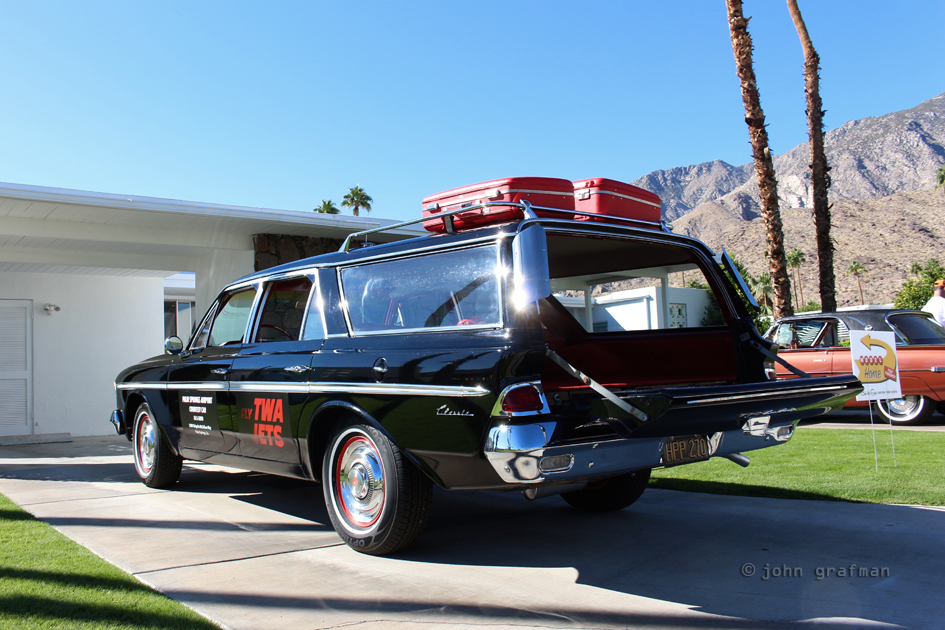 ADO: What are some of your personal favorite cars from the late 50s and early 60s (and why are those standouts)?

JS: You can pretty much tell my taste from the Cul de Sac display. I love the crazy tail-finned 1959 GM cars so much- they’re more like rocket ships with wheels than automobiles, but they were late to the party and fell from grace quickly. 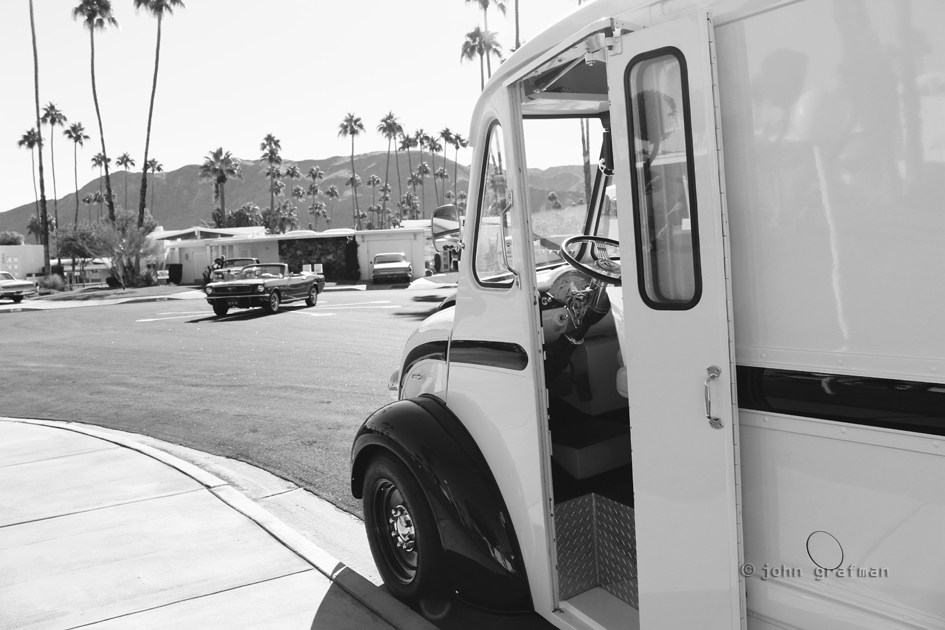 The Sixties had such refinement. The sporty yet upscale four-place Thunderbird, The elegant 1961 Lincoln Continental with its center-opening doors, the razor-chic 1963 Buick Riviera, the Mustang which transformed the compact car experience, and the iconic Avanti which of course was designed right here in Palm Springs.

Visit Modernism Week 2019 on Valentines Weekend
Why does Palm Springs remain the epicenter of modernism?

About the contributor – Jeff Stork is an auto writer/researcher who curates a large private collection of postwar classics here in Palm Springs. Jeff has spent 20 years in the marketing staff of General Motors and several years in high-end auto retailers. His articles have appeared in Automobile and Car and Driver, as well as Classic American in the UK. Online Stork is known as the Palm Springs Automobilist.