Feeling Green at the 2022 LAAS – the Overview

Home/Articles/Feeling Green at the 2022 LAAS – the Overview

Feeling Green at the 2022 LAAS – the Overview

For years, the LA Auto Show / Automobility LA (LAAS) was known as the “Green” auto show with alternative energy power, while the Detroit show (NAIAS) got all the muscle – in other words, the ground-shaking performance debuts.

Gradually over the past few years, it’s hard to tell the difference. As if by magic, all those that damned the electric vehicles began to realize that these could outperform their gas-powered counterparts. Along with that, this provides packaging advantages, quieter interiors, and of course less emissions from the car or truck.

The petrol-burning holdouts hate to admit they’re wrong, and as such are continuing to find fault, especially with the EV infrastructure that’s still in the initial, build-out stage. Incredibly, some of those individuals are roaming around the 2022 LAAS. Similarly, in the early 1900s the new horseless carriage was looking questionable to naysayers. After all, with a serious lack of fueling stations at the time, how would one ever power these new-fangled contraptions? 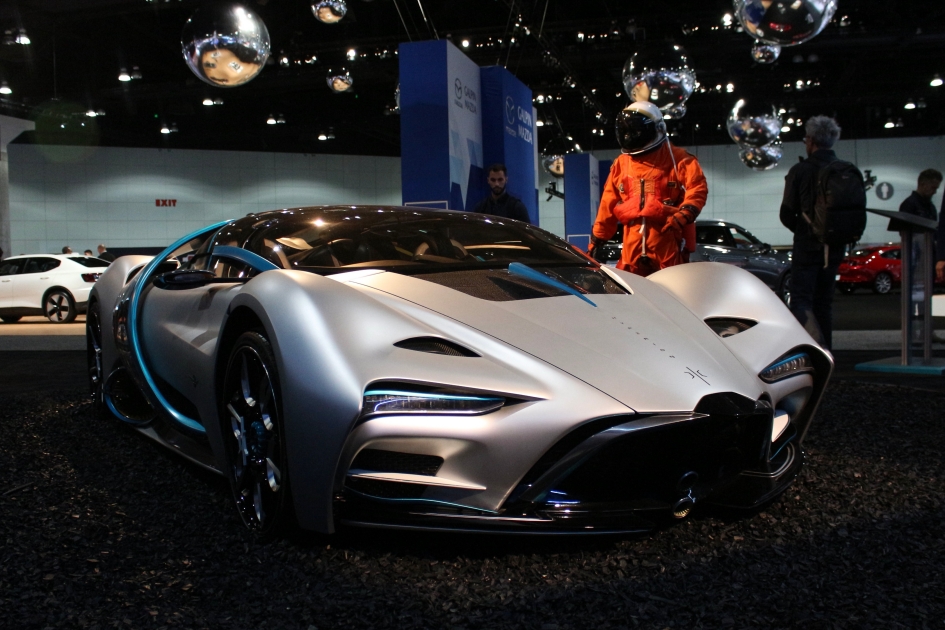 Amazingly, 100+ years ago the world did manage to figure it out. Not really a surprise considering how much effort it takes to maintain a horse, let alone the nasty emissions an equine makes. Also, it’s much easier to push a dead car off the road. Dragging a dead horse away is typically more labor intensive.

With modern technology, the EV will continue to procreate and advance along the way. As such, “green” and “performance” are no longer mutually exclusive, as we see at the 2022 LAAS. Often times, these are now one and the same.

Curiously, those that blame the proliferation of EV on the state of California are missing the point. While it’s true that Governor Newsom did enact rules that will begin to outlaw the sale of petroleum burning cars, most of the car companies had already put the brakes on sales. It doesn’t take a rocket scientist to figure it out. One can’t sell cars that don’t exist. So, the state order wasn’t the cause of the OEMs focusing on alternative power. It was the effect of the plans that were already in action by most global car companies, both large and small. 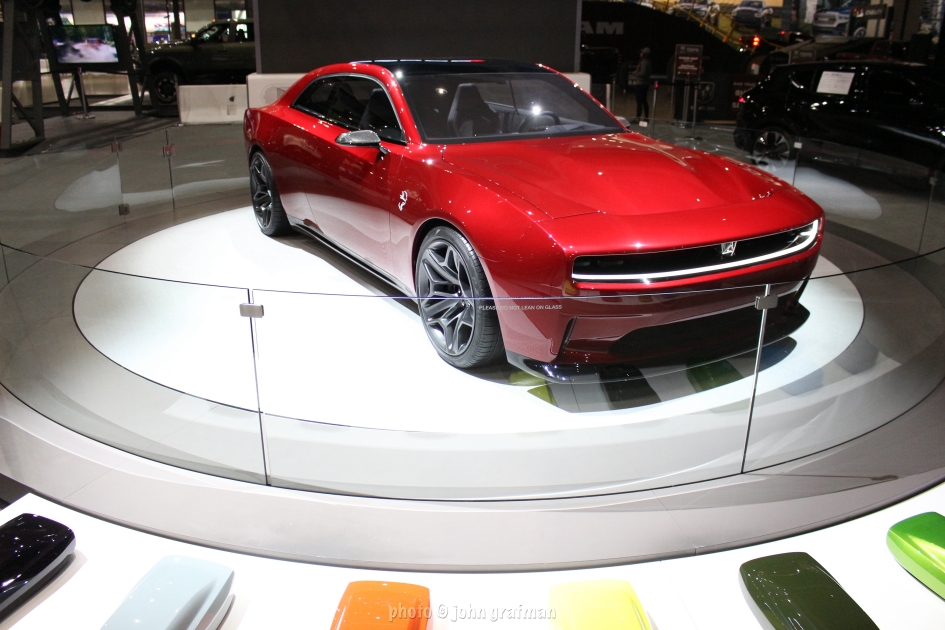 The 2022 LAAS no-shows, at least with OEM displays, were obvious. Aston Martin, Audi, BMW, Jaguar, Mini, Mercedes-Benz, and Rolls-Royce are not touting their wares. Sure, we could ask what this means, but one wonders if we’ll ever get a straight answer. Is this a function of budgets and auto show expenses, concerns over pandemics, a jealousy over the moderate weather in Southern California, or perhaps the real need to have an auto show has seen its day in the sun and now the glow from a computer monitor takes its place. Of course, getting a real feel for the product over the internet is frankly not the same.

Off-Site and Off the Radar

The PR folks have taken a different tack. Instead of those pesky press conferences at the convention center, many have decided to show off in a private affair a few days before the show. This completely excludes the potential customers, but it does provide the press a more in-depth opportunity. While that has value, without a doubt, does the car buying public looking to get a “feel” for the product benefit from that? Do they get a warm, fuzzy feeling from a product spokesperson (typically attractive)? Time will tell if the old ways are best or is it better to move with the times. One wonders if those OEMs at the show benefit by those that didn’t?

With the lack of OEMs with exhibits at the 2022 LAAS, this allowed those that did come to play in a bigger sandbox. The vacant area was used in several places with faux off-road tracks to thrill showgoers. Instead of mountains of dirt, the floor is housing tons of steel, like a roller coaster, mimicking steep hills. This allows Ford and Ram to demonstrate what this trucks and SUVs can really do. Sure, this is entertaining, but will those coming to the show get to delve into the product details if they are fifteen feet in the air? 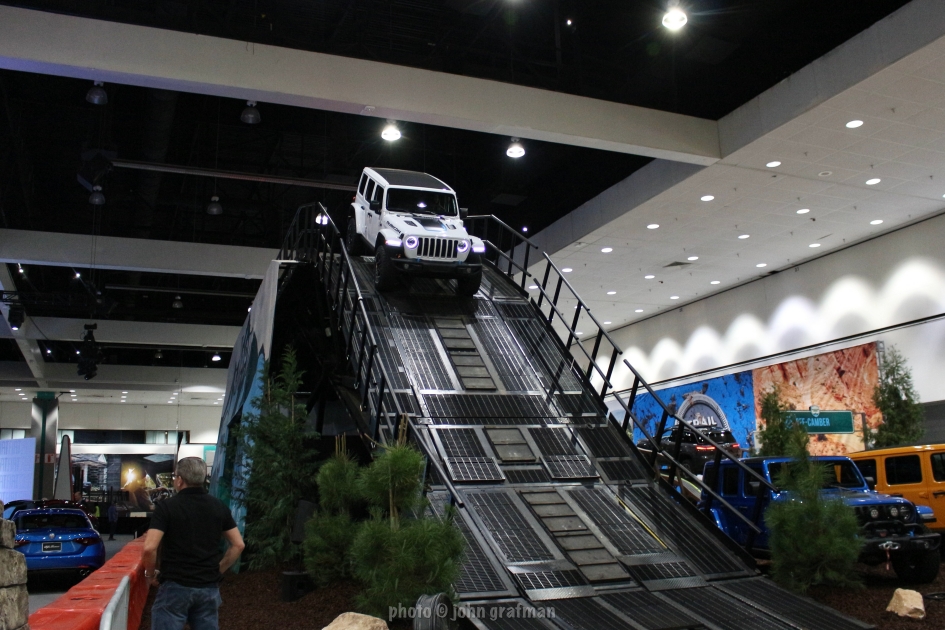 The press had just one day to see all the scheduled press conferences scattered between the halls and meet with long-lost colleagues and newfound friends. Concurrently, Car Design News was putting on a day long forum for design professionals along with the designer night party. Perhaps the attending media isn’t focused strictly on design, but maybe they should be.

Next to the ArtCenter display on the upper concours at the 2022 LAAS is the fresh-looking Meyers Manx redo. The classic dune buggy appearance is readily apparent and magnetic, yet only a few distinguished gentlemen are hanging around it. Alongside is the equally noticeable and talented Freeman Thomas. Now, on any given day, a few moments with Thomas would be noteworthy. Moving closer to the display the other figures are discernible. Immediately, Frank Saucedo is sorting out an electrical power issue, and he dives underneath the Manx to rectify the issue. Looking on is J Mays, inspecting Freeman’s handiwork. Over to the side is Peter Schreyer. And, moving in to greet the designers is Stewart Reed of ArtCenter College of Design. 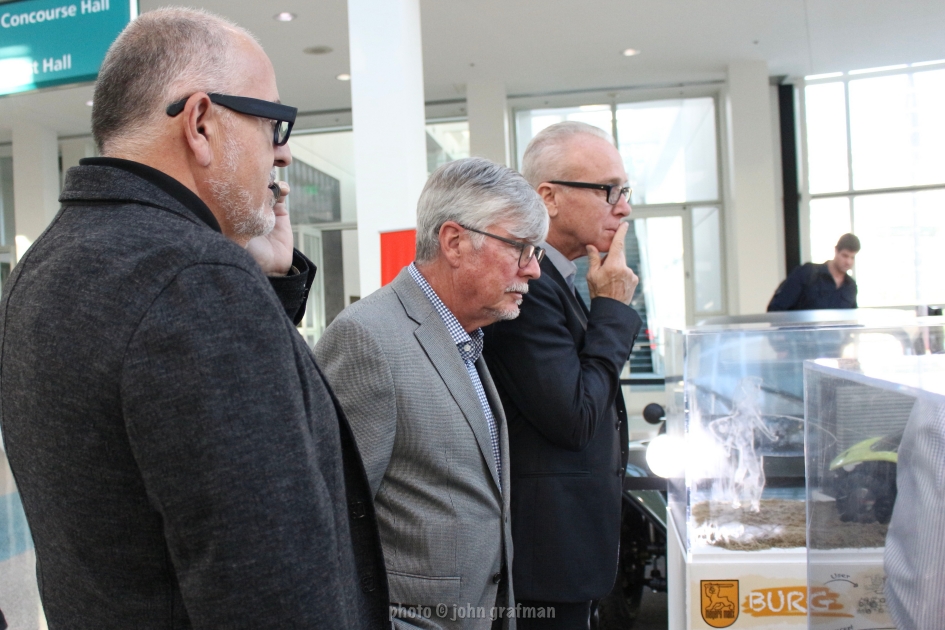 Now, you could say that these elder statesmen of design are either retired or in a position that does not require the same daily effort. On the other hand, designers never really retire, they just move onto more intriguing projects. This EV Meyers Manx is just such an example. Freeman Thomas mentions that in compliance with the safety laws in the USA, the maximum number that can be sold here is under 400. Hardly a typical business model. However, when you’ve already worked for companies like Audi, Ford, GM, and Hyundai, is it really necessary to create another mass-market vehicle? Probably not.

Speaking at the Car Design News party is ever-charismatic Derek Jenkins, offering thoughts on his latest work, the Lucid Air. More specifically, the latest variants of that. As with most start-ups, it’s challenging to have a one product line. Tesla found that out, as have others. 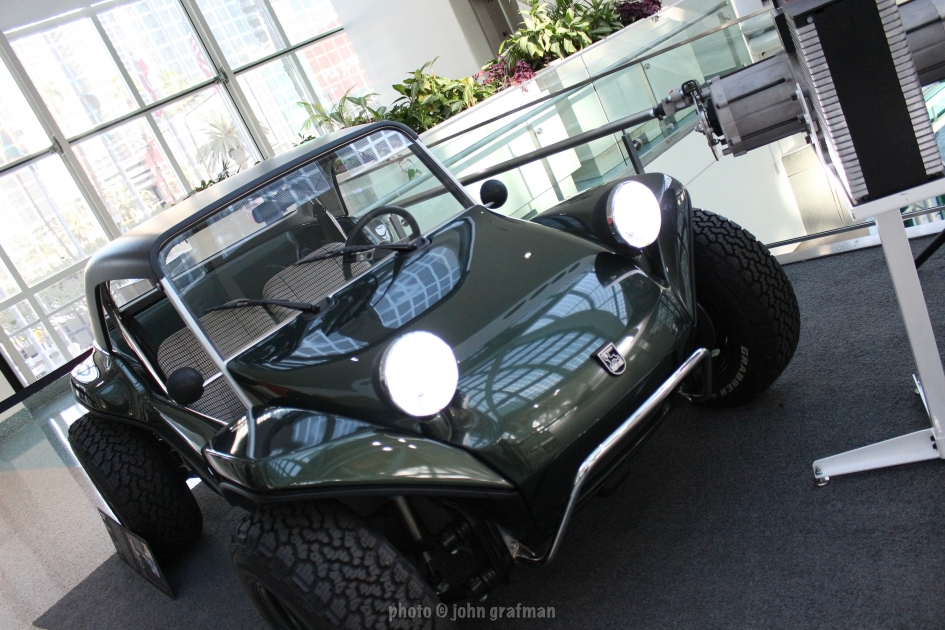 Sitting peacefully is the esteemed Tom Matano. His welcoming smile and engaging demeanor reminds all that the industry is more than styling and innovation. It’s about people. And the automotive design industry is a small one.

How does one in the business summarize this to those on the outside? Disco sensation Sister Sledge belted out three words back in 1979 and those still hold true today at the LA Auto Show – We Are Family!

Images and article are the copyright of John Grafman