Harder and harder I’m pushing the Cadillac CT6 through one of the tighter canyons of Malibu. Certainly, a Lotus would be right at home here, or a perhaps a Jaguar F-Type, a BMW M3, a Mini Cooper, or maybe even a Ducati. This roving landscape isn’t requiring raw power, but the twisting roadway demands poise and grace. The CT6 combines these in a package that defies nature’s mandate that only small and lightweight cars get to rule the coastal mountain terrain. This, in part, defines the character of the generously proportioned sedan. It flows from the engineering right through to the design.

Surprisingly, the 2018 Platinum AWD model isn’t a “V” series Cadillac. This has what it takes, minus a V8. The twin-turbo 3.0-liter six-cylinder packs 404 horsepower is more than ample. The 400 lb-ft. torque is able to overcome the changes in elevations and a curb weight of 4,085 pounds. This Cadillac simply feels like an extension of the driver’s will. Just point and go.

The CT6 Platinum model has the juice!

The CT6 Platinum model has the juice, just as numerous cars do these days. But, this comes on very elegantly. There’s the sensation of speed, yet not brute force. No doubt that’s one reason why this was one of Ward’s 10 best engines at the time of its introduction. 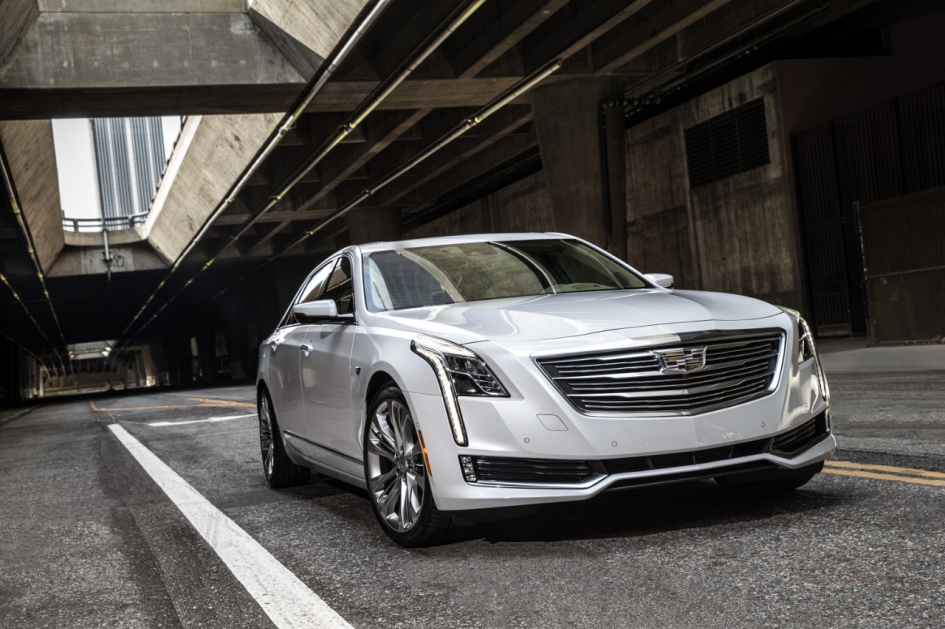 As a premium car company, Cadillac has no shortage of goodies in its toy box. Many desirable features find a home inside the CT6. How does the big four-door manage to cut through tight canyons like a knife? The all-wheel drive provides additional traction at each corner, and this has active rear steering, as well. Magnetic Ride Control, borrowed initially from Corvette, is no less impressive in CT6. An eight-speed transmission with paddle shifters also wouldn’t feel out of place in an IMSA Dpi Cadillac. Yet, it’s standard in a CT6.

The design is in keeping with the drive experience. Understated, but not lacking. The large canvas (204″) that the designers enjoyed says more by being restrained, much like the tasteful execution of the Cadillac Elmiraj Concept. There’s no overt surface anxiety and unwanted detail. This creates an enduring design that we see among other top-tier OEMs, such as Audi and Mercedes. Perhaps some of this is a residual affect from former Cadillac President Johan de Nysschen (2014-2018) who oversaw Audi America from 2004-2012.

This Cadillac isn’t devoid of appropriate bling, but it isn’t overwhelmed or defined by it either. The features are there, as is the styling, but it doesn’t feel tacked on. Each element has a much more integrated look and feel. One doesn’t call into question why parts were designed or spec’d-out the way they are. The CT6 design, while modern, still evokes a sense of what a Cadillac was and is supposed to be. The CT6 won’t be confused by the masses as being anything other than a Cadillac, at least from a brand identity standpoint.

The front end, which is destined to change with the upcoming mid-model refresh, is clean and strong. The headlamps perform the same task as chrome molding in days of yore. The edges of the fenders are accentuated, allowing a better read of the form. The minimal intrusion of the headlights into the body allows for a larger painted panel surface. Not coincidentally, this has a broader looking front end. Similarly, the taillamps are relatively thin, creating a wider looking rear end on the CT6. All combined, this looks impressive and substantial. No doubt, this is what the design team had in mind.

The grill is contemporary and without an excess of horizontal bars. There is an absence of vertical structure, which emphasizes the vehicle’s width. However, this is a departure of a defining aspect of Cadillacs from years ago. In an effort to move forward, sometimes it’s necessary to break from the past. To counter the identity issue, there’s a bold emblem near the top-center of the grill. This counters any confusion as to what this is by those totally unfamiliar with the brand’s history and design.

Cadillac is no stranger to large products both in the past and the present. The Escalade does indeed generate the sales numbers necessary to sustain the brand. Yet, the Cadillac CT6 is the true link to the essence of Cadillac. It’s easy to say that the engineering allows this model to be relevant when so many are opting for SUVs. Also, the world does not need a land yacht. This model is equal parts performance and luxury. The engine, transmission, suspension and brakes are in equal balance. 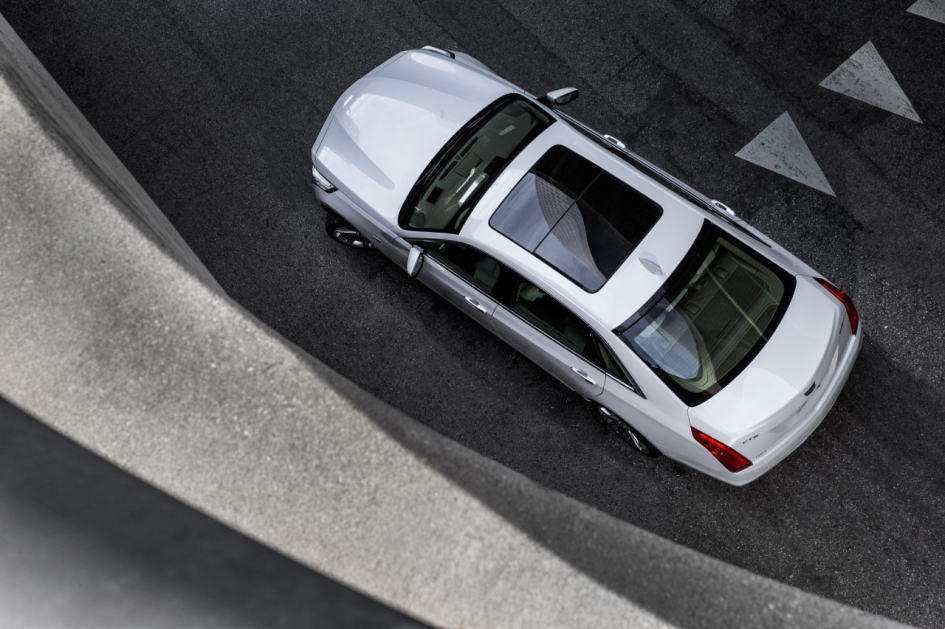 Of course, this has no shortage of features, like the rear-view mirror. This is really a digital screen allowing for a pillarless, panoramic-like view out the back. In the comfort department, this offers 20-way adjustable seating up front. Plus, there are seat heaters for those in the outboard rear positions.

Sure, this handles the longer hauls, like LA to Palm Springs for Modernism Week (an annual appreciation of mid-century modern architecture and culture), with similar aplomb. Technology that integrates into the driving pleasure is key. Cadillac CT6 does have the bells and whistles to charm most.

Technology that integrates into the driving pleasure is key

The Adaptive Cruise Control is ideally suited for the urban adventure found on the interstate. It works very intuitively. This should be standard fare on all cars. 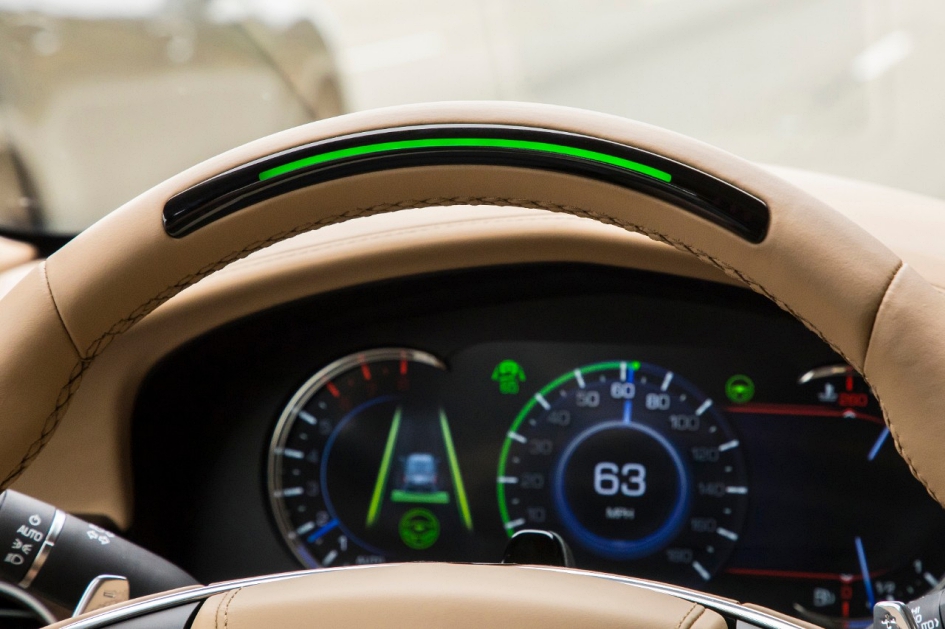 The Super Cruise feature is another matter. Driving along the desert highway there are several patches of freeway that have not been properly maintained. This includes poorly painted lanes. Normally, that doesn’t matter. However, Super Cruise struggles to understand the unmarked roadway. The freeway bends and the CT6 is slightly befuddled. This results in the CT6 taking a bead on a center pillar of an approaching overpass.

This reminds us that self-driving technology is still in its infancy, across the board. It should be mentioned, that this was just one incident over the course of hundreds of otherwise uneventful miles. But, this brings about the question, if auto-pilot systems require constant attention, have these really made driving easier?

New technology is merging with millions of years of human evolution

The Cadillac system utilizes several methods of defining the road ahead. This includes LiDAR map data, a robust network of both camera and radar sensors. Part of that package is GPS location technology that can determine the car’s whereabouts down to 5-cm. So, interference in the GPS signal, like a freeway overpass, can briefly occur. Perhaps, there will always be moments that only a human can comprehend what’s going on. Then again, given how many accidents currently happen each year, maybe humans are not the answer. 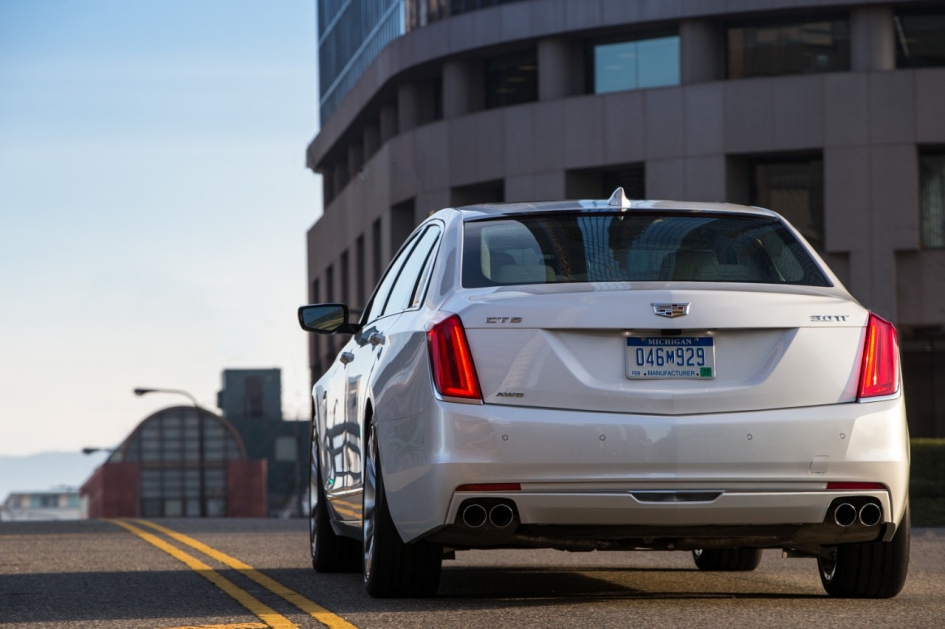 In the defense of the Cadillac, Super Cruise comes with the Driver Attention System. Meaning, when the automated driving notices the human pilot isn’t watching the road ahead, audio/visual warnings and seat vibrations quickly gets the human pilot to jump into action. The thin “Light Bar” on top of the Cadillac steering wheel illuminates once Super Cruise is active, leaving no doubt if the system is on or not.

The delightful Apple CarPlay in the CT6 works like a charm

The delightful Apple CarPlay, part of the CUE (Cadillac User Experience), works like a charm. My lazy right arm is looking for a rest while operating the 10” diagonal, color touchscreen that resides high on the dashboard. It’s difficult floating an arm out in space and holding it rock steady while operating a touchscreen in any OEM product. When doing so in the CT6 there’s a tendency to actuate the audio controls just below the screen. Those are just a little too close and can be unintentionally bumped into. Yes, this can be attributed more to driver error than anything else. It’s the reality of new technology merging with millions of years of human evolution. 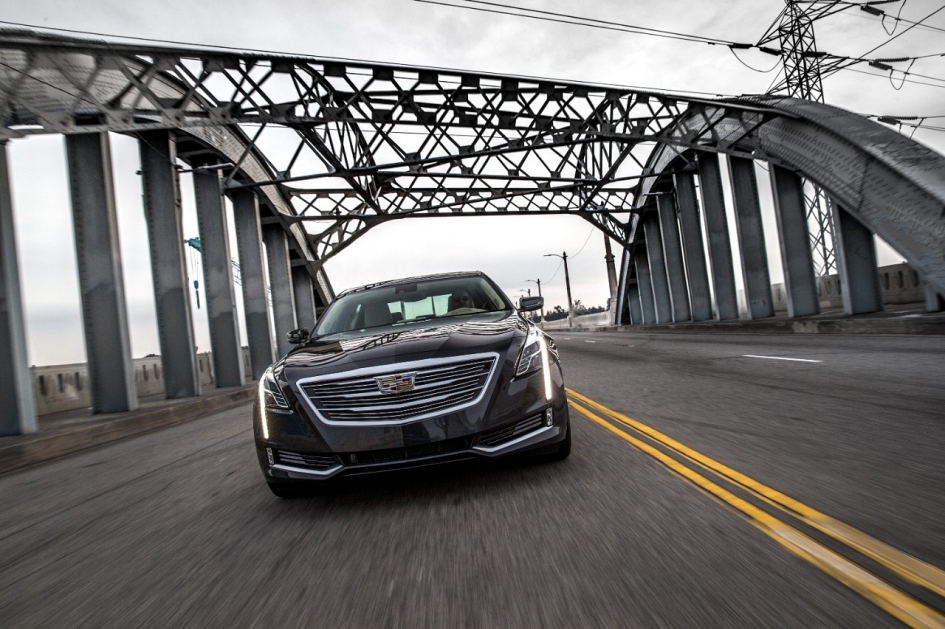 At Modernism Week, the Cadillacs from the late 50s and early 60s are celebrated like steel and chrome gods from a bygone era. The CT6 has more in common with those, in terms of design, than the casual observer might think. The impressive dimensions, both inside and out, are a throwback to a time of no-compromises in design. Perhaps the differentiator is, a half-century ago, the styling was often enough to vindicate the product’s existence. Today, most aspects of any car need to be functional.

The CT6 could be appreciated  several decades from now in a  fashion that’s similar to those old, iconic Cadillacs . The public, many years from now in a post-petrol generation, will still approve of the design. Future enthusiasts will offer a knowing nod to the comfort, performance, and the technological capabilities of our time. 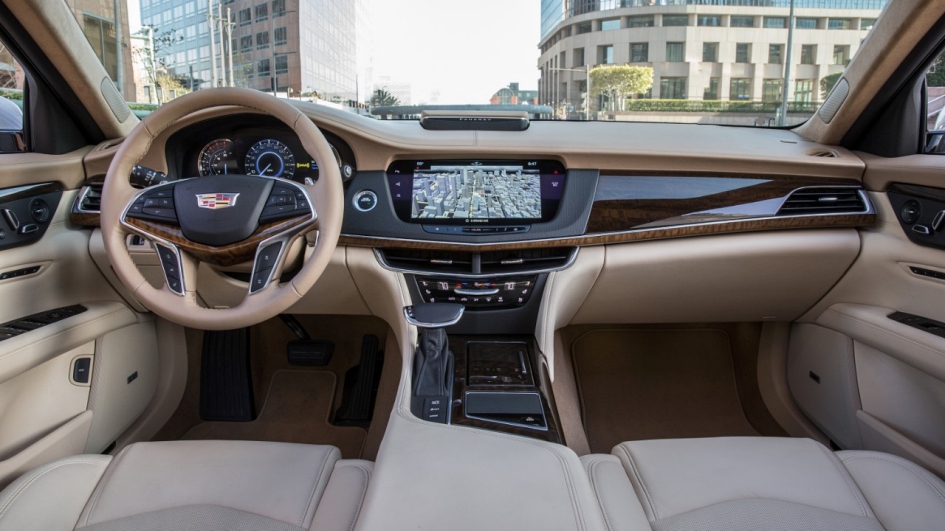