Once a year, CEOs and top executives of global corporations meet in a semi- clandestine enclave to discuss the future. Unlike other conferences, this isn’t to just debate the success of big business. The few hundred attendees have much loftier goals. Business serves as the backdrop, but at the end of the day the conference is about the sustainability of mankind.

This is the fourth annual Fortune Brainstorm Green conference. As one might guess, Fortune Magazine provides coordination. The publication’s deep relations formed over the years allows the event coordinator to wrangle featured speakers from the most respected leaders in numerous fields. These include agriculture, banking, chemical, computer, energy, entertainment, internet, and transportation companies, amongst others. 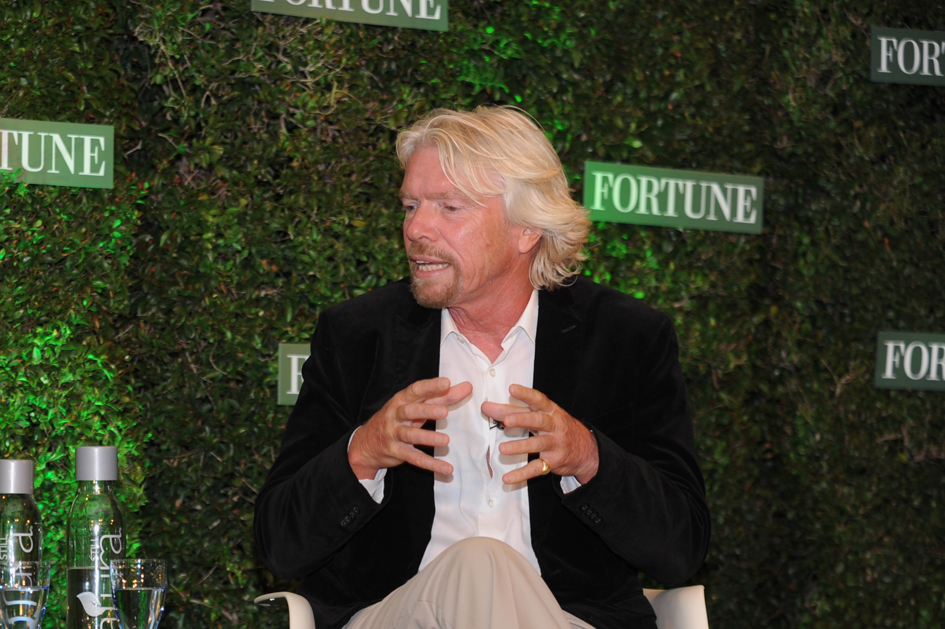 The caliber of the attendees sets this gathering apart from so many other conferences. Two years ago Bill Clinton found time to appear, and last year Bill Ford spent three days listening, learning, and then he found himself as an unscheduled speaker. No less mesmerizing this year is Sir Richard Branson. His after dinner chat highlights Virgin’s foray into space, the bottom of the ocean, and the reason leaders need to take the reins when it comes to sustainability.

So why should the automotive and related companies send the top brass and VPs of sustainability to this three day gathering? As it turns out being a “green” company is not just good for the world, but it’s often good for the bottom line. In effect, being green really brings in the green. 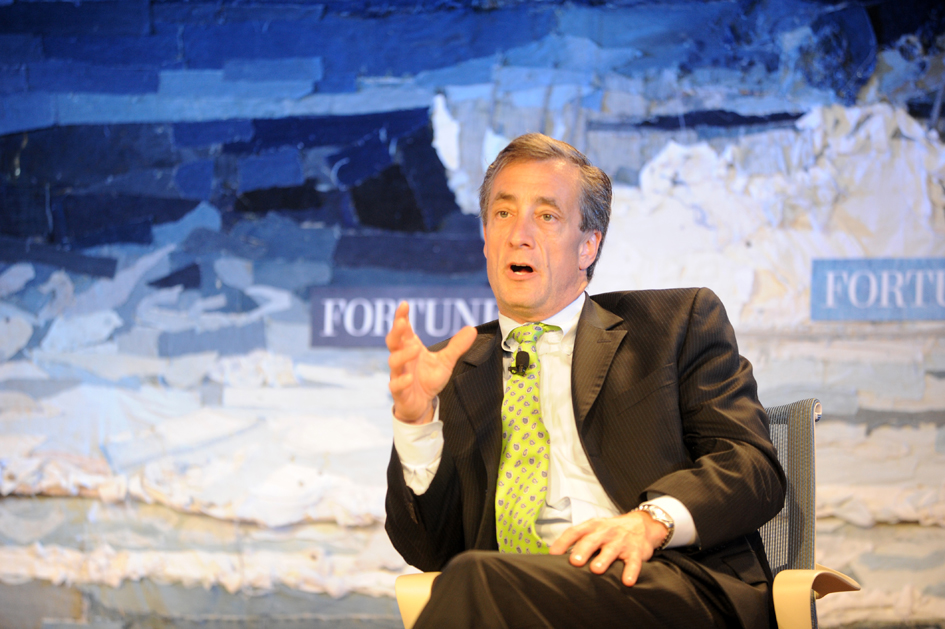 Being able to think outside the box is half the battle. David Steiner, President and CEO of Waste Management, (yes the trash collection company, WMX), is one of many speakers this year with real world examples. In this particular situation, Waste Management took a look inward several years ago. The company realized it had endless supplies of material, aka garbage, and it wasn’t capitalizing on it. Now WMX turns much of this into energy. How much? More than the entire USA produces in solar and wind power combined. Not bad for just one company. A time might come where the company will pay for the opportunity to collect waste material, as the energy revenue will more than compensate for this approach.

“Is green marketing still relevant” is the question put forward to one of the many discussion panels. The panel is quick to point out that as numerous companies are already heavily into sustainable initiatives, we are quickly approaching a time when all companies will be green, and touting that will no longer be necessary. The situation is similar to decades ago at the advent of color television broadcasts; when stations actually needed to state that the programing was taped in living color. Once color broadcasts were no longer novel, but rather an expected practice, it wasn’t useful as a marketing tool. The speakers also pointed out that using “Green” as a marketing tool often comes off as a marketing gimmick rather than a sincere attempt to do the right thing. 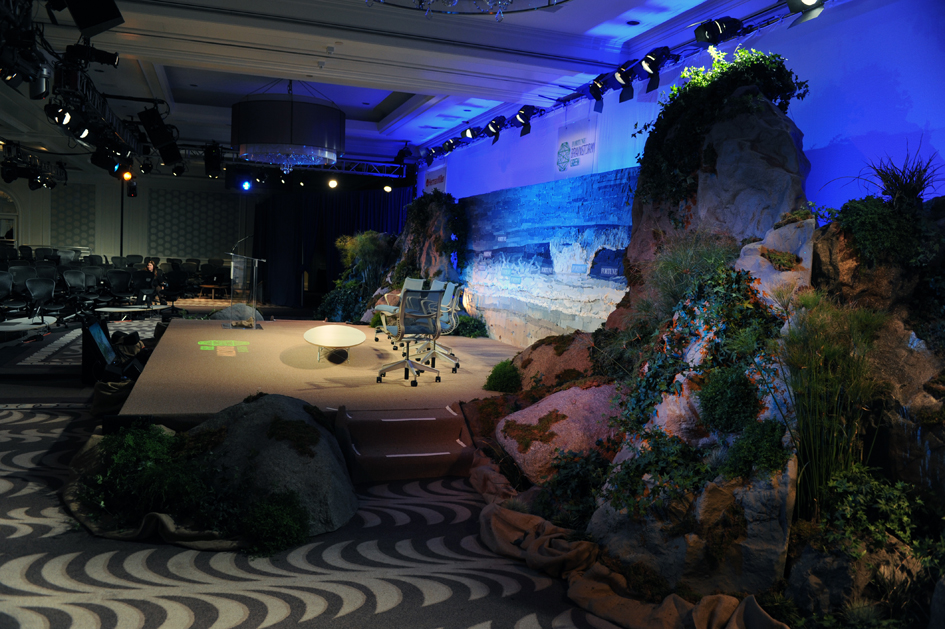 Most of the guests at the three-day conference are executives of corporations that to one extent or another have already moved forward on green initiatives. On the second afternoon John McDonnell, COO and EVP or Patron Spirits International is the spotlight speaker. Most of us are familiar with the fine tequila that Patron produces in Mexico. While our neighbor to the south of the US isn’t known for being a leader in environmental concerns, that hasn’t deterred Patron Sprits from doing the right thing. John covers both the company’s use of wind power and recycling bio-waste to benefit the company in the near term and down the road. Currently, the company is 99% green. He also is proud to point out a number of other alcohol companies are also on the same kick. Patron doesn’t emphasis this aspect of its business in public. Again, being responsible should be expected, not some marketing ploy.

Another featured speaker comes from the transportation business. David Neeleman isn’t the type that has his head in the clouds, but his planes are. His ideas might be forward thinking, yet grounded in good basic principles. David founded Jet Blue, and his latest airline company is Azul in Brazil, which is working to clean up the aviation business. He understands that petroleum base fuels not only burn dirty, but also leave airline profits at the mercy of petroleum companies. He is working with researchers to develop a fuel that can be produced from sugar cane, which is plentiful in Brazil. This fuel is already used extensively for cars in the South American country. 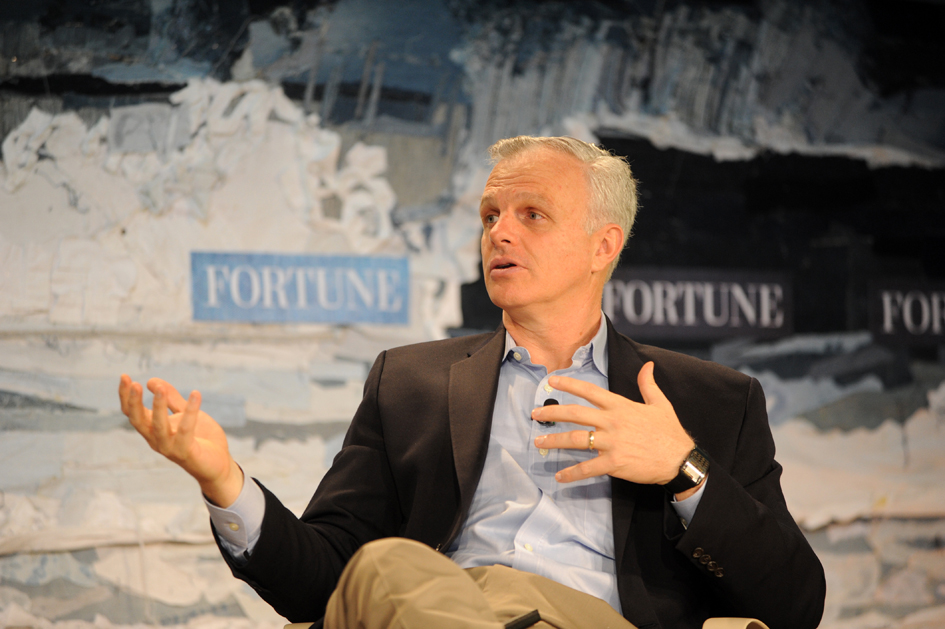 Electric cars are the hot topic of the day. Will the world be ready for the changes this represents? The subject of building the electric-car infrastructure is appropriate for the discussion panel. The members for this topic are Tom Baloga, VP Engineering U.S. BMW of NA, and president of BMW Technology Corp; Michael Bissonetter, Sr. VP and General Manager at Efficient Energy Systems/Aerovironment; Oliver Hazimeh, Director and e-Mobility Practice Lead of PRTM; Steven “Mac” Heller, Executive Chairman of Coda Automotive; and lastly Mark Vachon, VP, ecomagination at GE. The well-rounded panel covers a number of technologies that are being implemented, both in the US and around the world. One such interesting development is the growth of replaceable batteries. The idea is catching on for some specific needs, such as electric taxicabs. One of the game changing advances that the panel overlooked is the upcoming fast-charging battery. If this proves out, the need for an all-new infrastructure might just need to be reconsidered.

Who will win the electric car race is the last of the discussion panels, and this features speakers from Fisker, Ford and Nissan. While the moderator from Fortune is poking, prodding, and looking for a silver bullet to our vehicle needs, the panel has a broader approach. Carlos Tavares, EVP of Nissan Motor Company and Chairman of Nissan Americas; along with Nancy Gioia, Director of Global Electrification at Ford Motor Company share the belief that a diverse portfolio of drive options will appeal to a wider range of buyers. Henrik Fisker, CEO of Fisker Automotive is focusing on a smaller demographic with a luxury extended range product. Henrik and his company are keeping a narrow focus with a car (the Fisker Karma) that will be attractive to a few thousands buyers of means. Those in this segment need a no compromise solution when it comes to range, yet still want a transport that can offer short range jaunts on pure electric. The reality is that the marketplace will determine which technology will be the front-runner in our energy and transportation future. 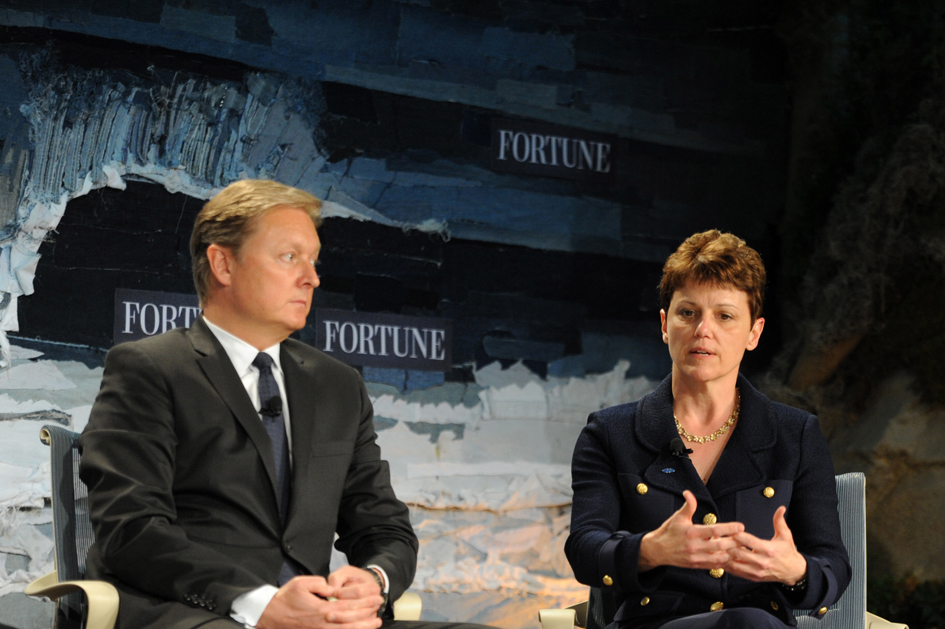 The dozens of extraordinarily brilliant speakers shine light on various subjects. This is both educational, and it promotes confidence in others to follow suit. The Fortune Brainstorm Green conference allows ample social opportunities to meet and generate new ideas and collaborations. 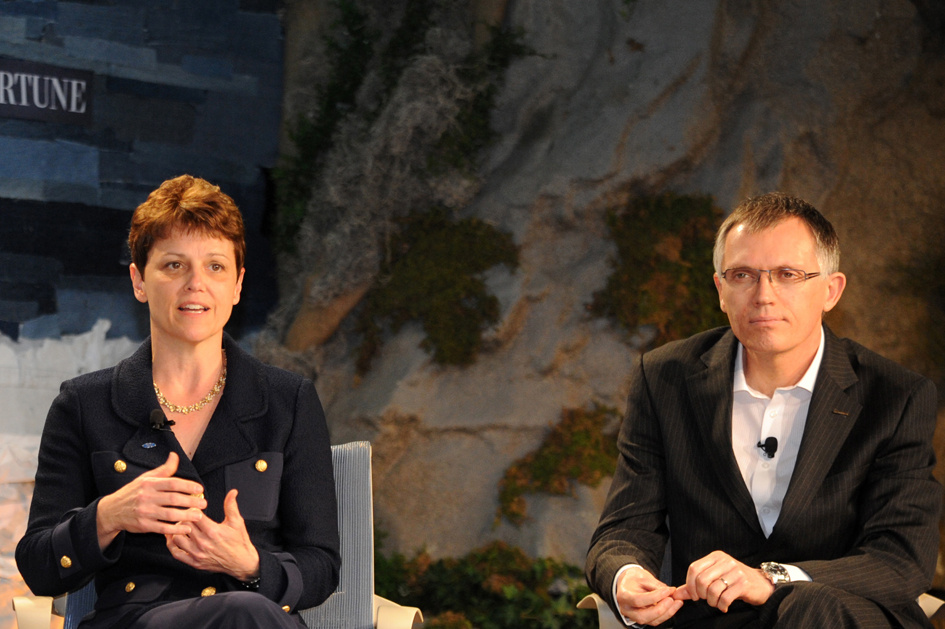 The icing on the cake is the final speaker, big wave rider Laird Hamilton. Unlike the others that preceded him, Laird doesn’t preside over a billion-dollar company. But his involvement in the ocean is more than just fun and games. Laird, along with Jim Terrell of Quickblade Paddles, and other watermen, provide the guests an early morning stand-up paddling session in the surf in front of the Ritz-Carlton Hotel in Laguna Niguel. This is more than a chance to play in the surf with world-class athletes. Getting wet allows the CEOs, VPs and the rest to understand that making the world a better place isn’t an abstract thought. The difference between looking at a photo of a wave and riding one is as different as night and day. Getting the top brass immersed in sustainability and taking time to understand that this is our world is paramount. The first step is to appreciate a sparkling, unpolluted world, and enjoy all that a clean environment provides us. After that, the rest is easy.

For videos of the speakers, discussion panels, and more go to http://www.fortuneconferences.com/brainstormgreen 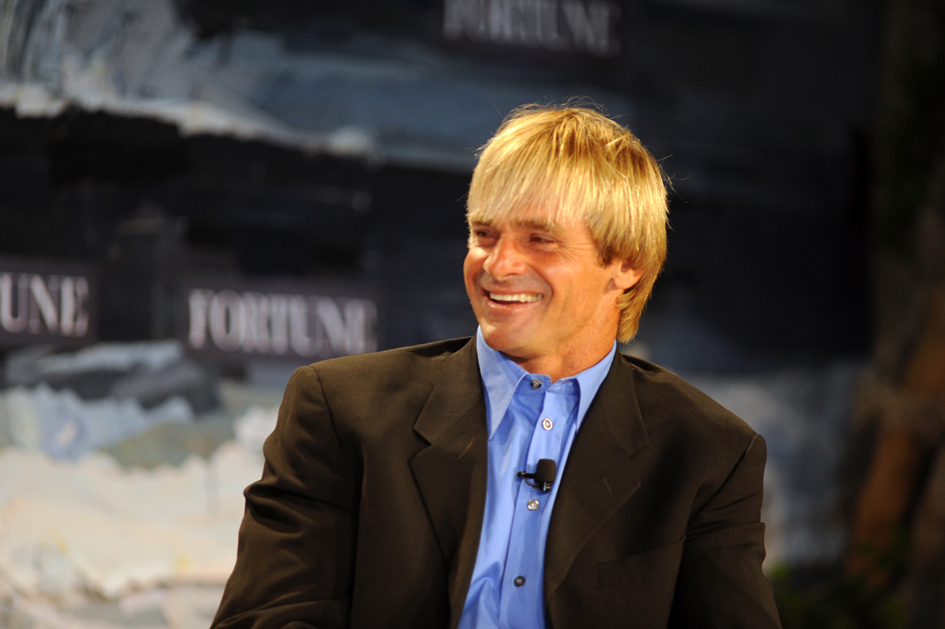