A PALETTE OF PASTELS FOR BENTLEY BEVERLY HILLS

(Crewe, 04 October 2022) Bentley Beverly Hills has used the dizzying portfolio of finishes, materials and features on offer via Bentley Mulliner to commission a limited edition of three Continental GTC Speed models in colours and finishes that recall the golden age of Hollywood.

1920’s residents such as Mary Pickford, Douglas Fairbanks, Will Rogers and Rudolph Valentino gave Beverley Hills a cachet that it has never lost, and the colours of that Art Deco era have been brilliantly evoked in the Jetstream Blue, Sage Green and Hollywood Blush Pink finishes of the three Mulliner Bentleys. 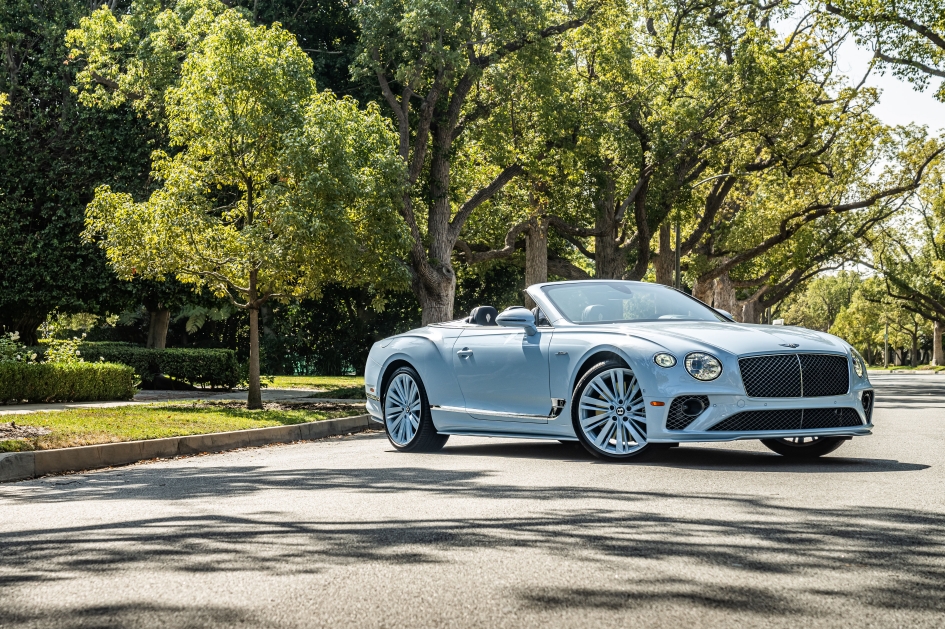 The first of the three Beverley Hills special edition Continental GTC Speed models features Jetstream II blue finish for both the bodywork and the 22” ten- spoke wheels, with the subtlest of pinstripes to the wheel edge. Highlights of the interior include Linen main hide and contrast stitching with secondary hide in Imperial Blue. Sweeping from waist rail to waist rail across the dashboard is a high gloss Piano Linen over Imperial Blue dual veneer. All models feature the Styling, Touring and City specifications and as a subtle nod to Hollywood’s

The second of the three Beverly Hills commissions mirrors the specification of the first, but with the pastel tone of Sage Green as the dominant exterior colour on bodywork and wheels. The interior’s dual colour split features Cumbrian Green and Linen, with the same two colours inventively used as a dual veneer on dash and waist rails.

The final Beverly Hills commission of the trio is finished in a subtle, pale ‘Hollywood Blush’ pink. A harmonious contrast is provided by the sumptuous interior, with Linen as the main hide and the deep red Cricketball hide as the secondary contrast. The same two colours are selected for the dual veneer on dashboard and waistrails.

Describing the inspiration for the three-car Beverly Hills Collection, Danika Quinn, Bentley Brand Manager comments: “Beverly Hills has always been the epitome of glamour, particularly during Hollywood’s Golden Age. This collection is a nod to the bygone era of Old Hollywood encapsulating the spirit of that time; bold white wall tires, soft colour palettes and unique designs that illustrate the “class” of classic cars. The experts at Bentley Mulliner brought my vision to life and helped curate a masterpiece collection for Bentley Beverly Hills that not only exemplifies the allure and grandeur of yesteryear, but also one that highlights the refinement and grace of modern-day Bentley craftsmanship.”

With its W12 engine delivering 659 PS (650 bhp), a 0-60 mph sprint time of 3.6 seconds (0-100 km/h in 3.7 seconds) and a top speed of 208 mph (335 km/h) the Continental GT Speed Convertible sits alongside its coupe sibling at the performance pinnacle of the Continental GT family. The Beverly Hills Collection shows what can be achieved through the Mulliner personal commissioning process, where customer, retailer and Mulliner’s design team collaborate to create truly unique cars.

Bentley and Mulliner: a 99-year partnership

Mulliner’s association with Bentley goes back to the earliest days of the company. Now Bentley’s in-house personal commission division, Mulliner plays a key role in defining the company’s future design DNA, as demonstrated to stunning effect by the extraordinary new Batur coupé. From special features and finishes to unique and limited-edition coachbuilt vehicles, the Mulliner name continues to represent the ultimate in Bentley design and craftsmanship. 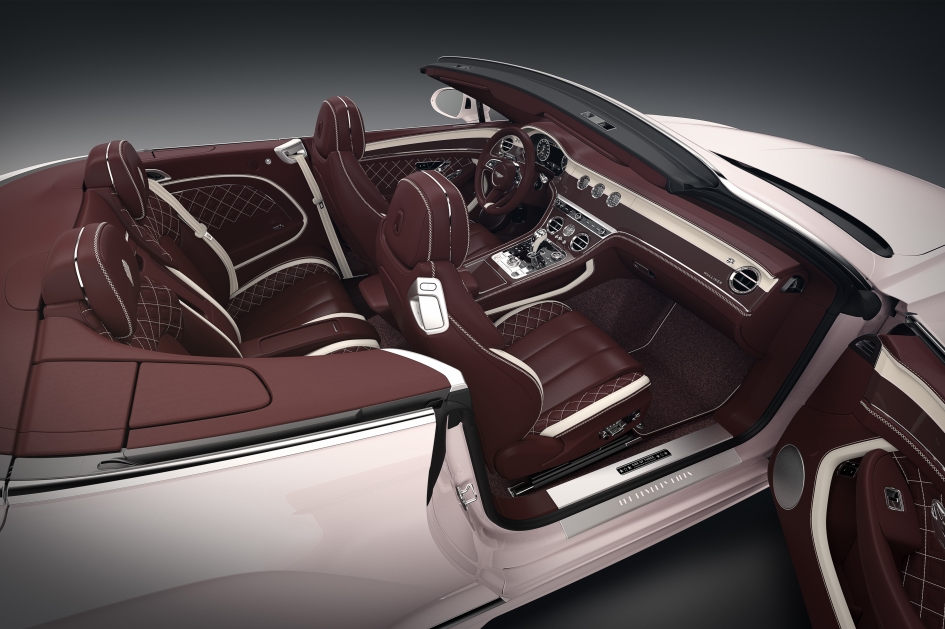 Customers are showing an increasing appreciation of the individuality that a Mulliner feature can bring to their chosen Bentley. Since 2020, the percentage of Bentleys with specific Mulliner features continues to grow. The demand for Mulliner special paint finishes has more than doubled; and the number of Mulliner personal commissions, bringing a truly individual vision to life in the Mulliner atelier, has tripled.

Regional teams are also taking advantage of the unique ability to curate bespoke collections, specific to their own customers interests and passions. 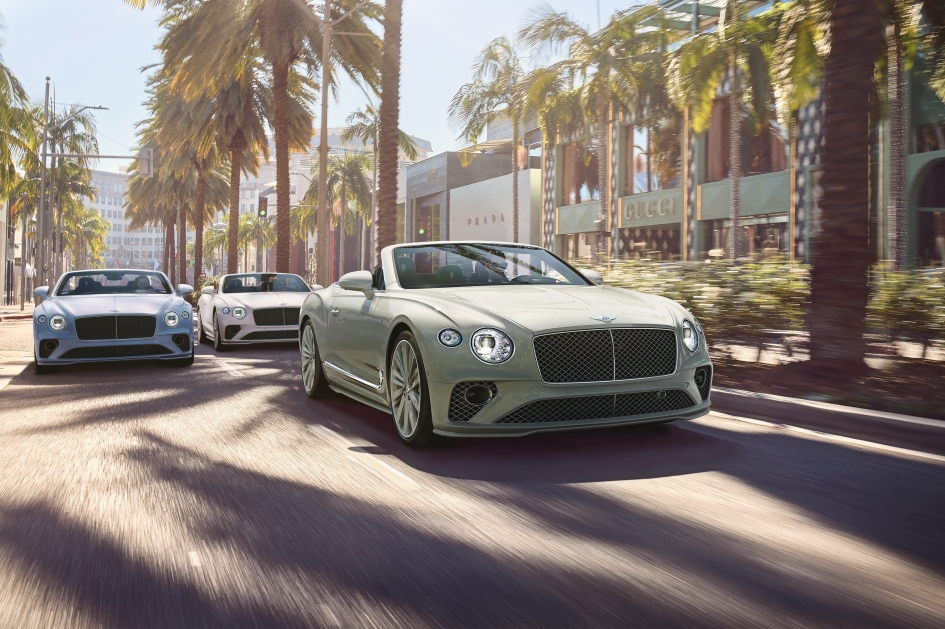 Originally founded in 1760 with a contract to provide coaches for the Royal Mail, the Northampton-based firm of F. Mulliner was still making horse-drawn carriages as the 20th century dawned. It took the vision of pioneer motorist Henry Jervis Mulliner to propel them into the automotive age. His coachbuilding business H.J. Mulliner established close ties with Bentley Motors, starting with the coachwork for a Bentley 3 Litre at the 1923 Olympia Motor Show. Thus began a family tree of Mulliner Bentleys whose highlights include the Speed Six Saloon in which Woolf Barnato beat the Blue Train, and the inspired synthesis of lightweight materials and aerodynamic design that was the 1952 R Type Continental. 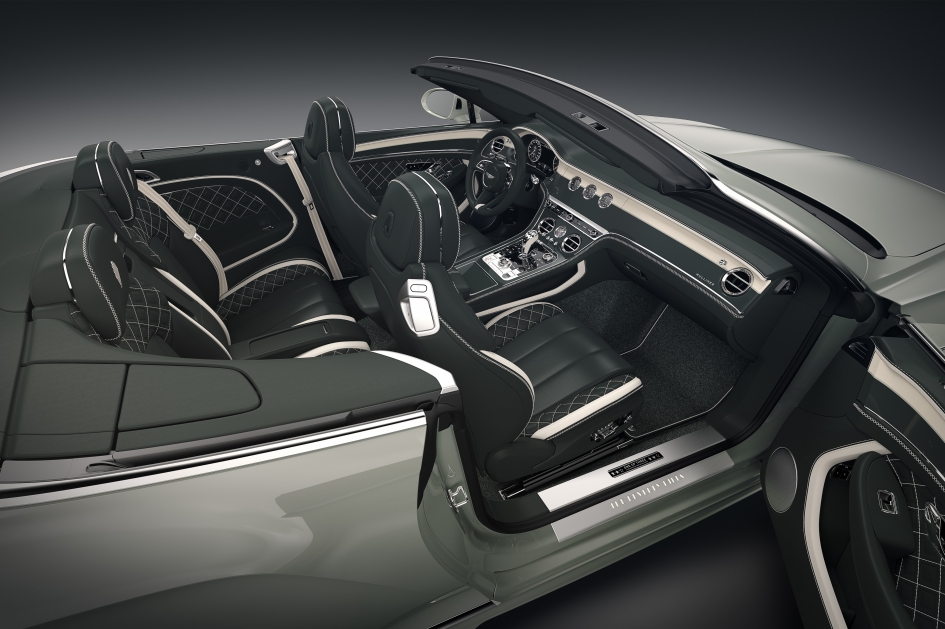 As well as offering curated Bentley models such as the Continental GT Mulliner, Flying Spur Mulliner and Bentayga Mulliner, the division is the home of Bentley’s most exclusive vehicles, both recreating the distant past of the company and exploring its future design direction.

The craftsmen and women of Mulliner Classic painstakingly recreate legendary Bentleys from the past, including the recent series of twelve 41⁄2 Litre Supercharged ‘Blower’ Bentleys based upon the company’s own Birkin Team Car. Last year, Mulliner Classic embarked on its most ambitious and challenging project to date: the resurrection of a truly legendary coachbuilt Bentley, the 61⁄2 litre Bentley Speed Six works racing specification. 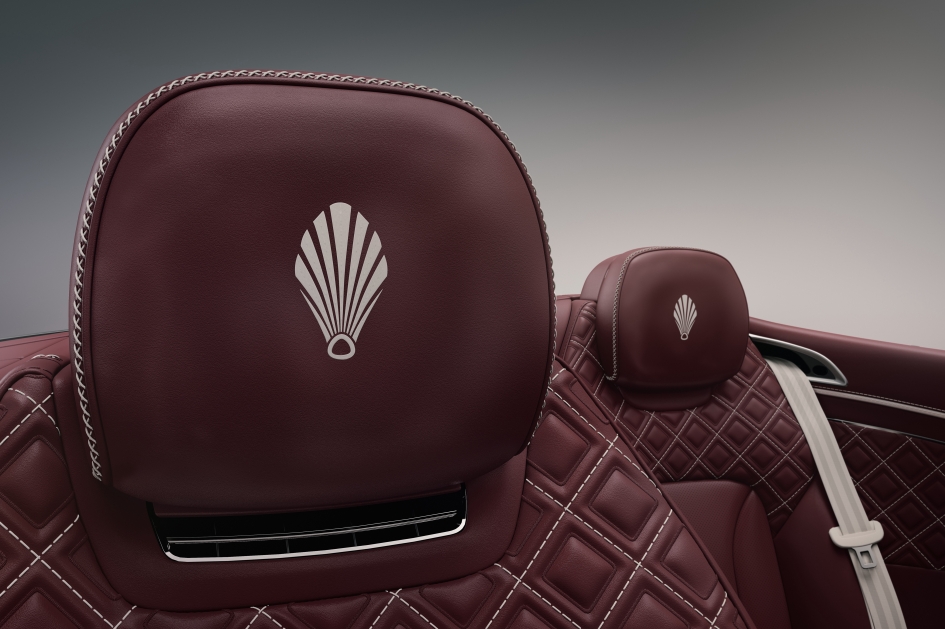 In contrast to the work of Mulliner Classic, Mulliner Coachbuilt looks to the future, researching and developing new and sustainable luxury materials and bringing to life the vision of Bentley’s design team. Two such examples are the Bentley Mulliner Bacalar, a two-seat barchetta created as an edition of twelve, and the Bentley Mulliner Batur, a limited edition of 18 hand-built coupés unveiled at the Pebble Beach Concours d’Elegance 2022. Already sold out, Batur affords a glimpse of the road ahead for the styling, features and materials that will define Bentley in the years to come.