Hyundai has really come into it’s own with the unveiling of the Vision G Concept Coupe. The Vision G, or as it was earlier designated – HCD-16, is a step forward from the pack of attractive, yet overly functional products that don’t really come across as distinct. Simply put, the Vision G puts a greater emphasis on shapes and forms, and takes risks.

In the early days, Hyundai products thrust upon these shores were, to put it nicely, radical. And, to be fair, radical wasn’t always good in terms of design. But, the company is a quick learner, and invested heavily in the styling department. 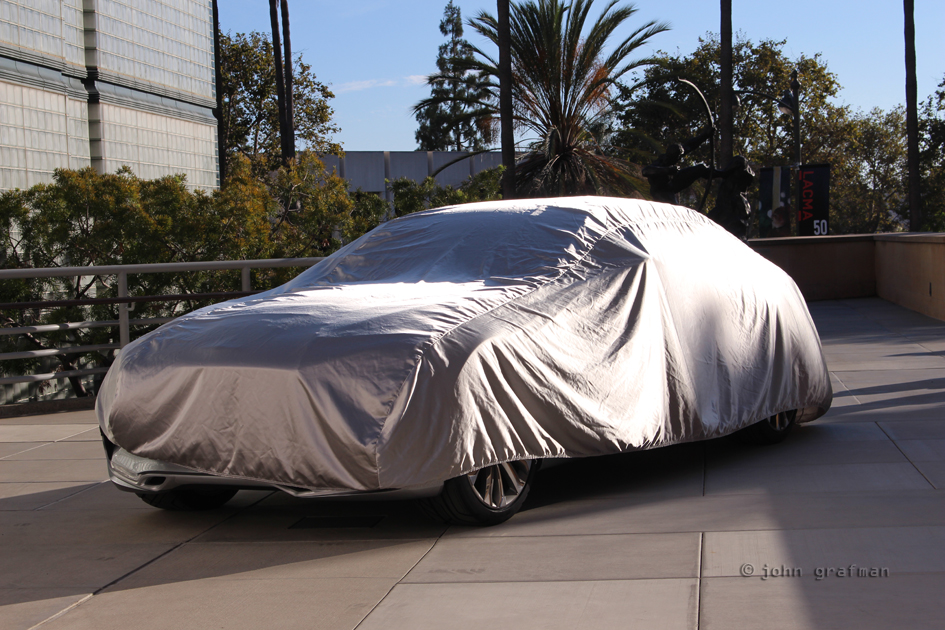 Today, the massively successful Hyundai, and sibling Kia Motors, have nothing but well conceived cars. But, in an effort to gain market share, they tend to be a bit similar to the competitors’ offerings.

Appropriately for the debut, the media is gathering at the massive Los Angeles County Museum of Art. Additionally, Hyundai recently announced a ten-year agreement to help support the LACMA, making this gathering doubly proper. 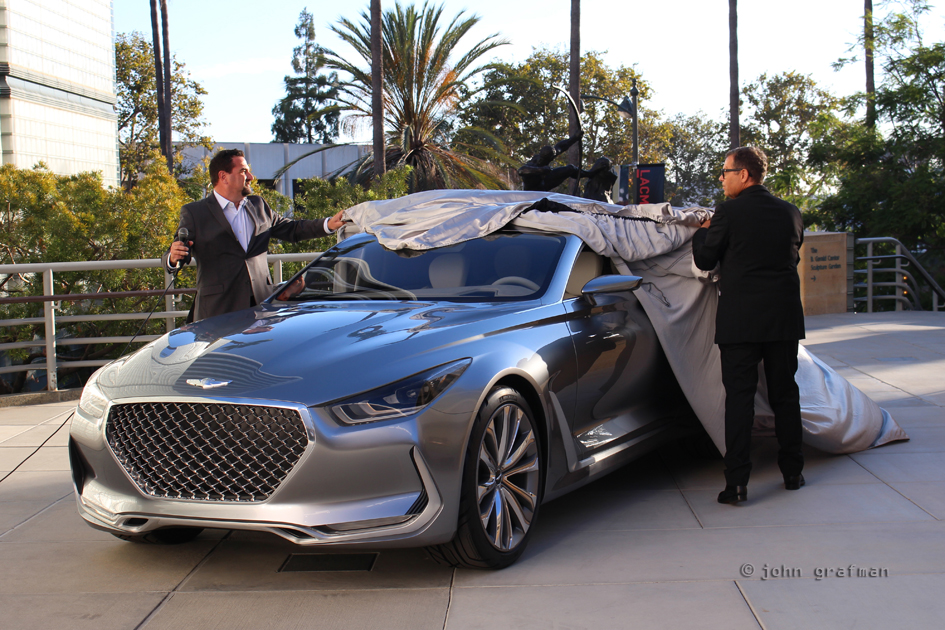 One look at the Vision G and it’s clear that this Hyundai artfully takes it’s own path. A closer look reveals two important clues as to where the company is headed. The first, the highly contoured rear end is complex and unlike what we see on the road today. While this concept could be just a tweak of an upcoming production design, it still shows what can be done.

The short, tight rear deck does beckon the likes of the Mercedes SLS and the Porsche’s Concept from last year. But, the facets on the Hyundai Vision G are far more interesting to gaze upon. This has character, which is lacking on both of those German products. 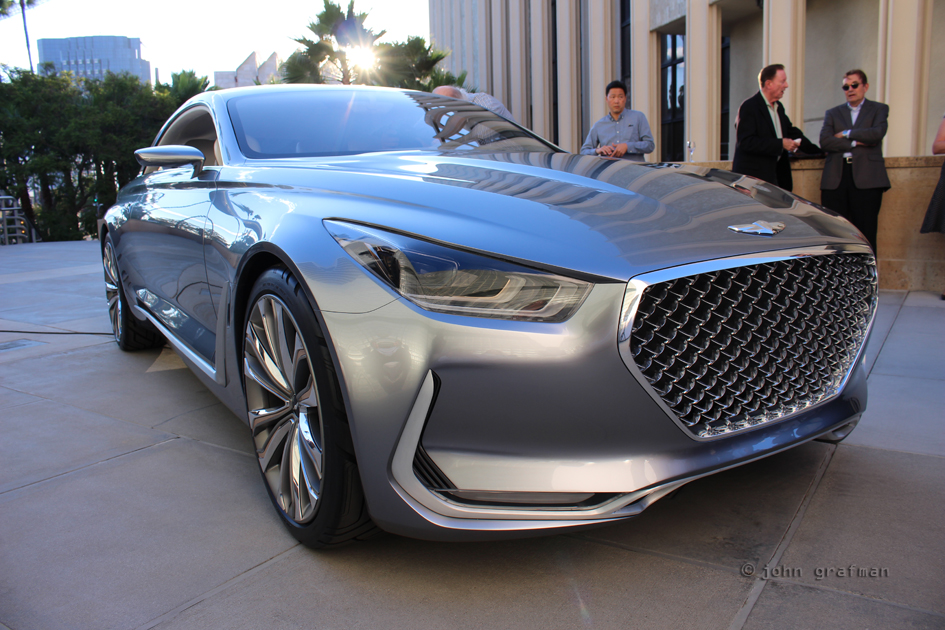 The second point to make is also on the tail of the Hyundai concept, or perhaps what isn’t on the car. Yes, look hard! No Hyundai badge. Is this a hint? Will Genesis become it’s own brand in the very near future, in much the same way Lexus is the luxury brand for Toyota? Reading the tealeaves, one would say this makes sense at this point in time.

President and CDO Peter Schreyer, and Hyundai Design Chief Chris Chapman handle the introductions and unveiling with smiles and laughs. I’m not sure if you can find two happier designers at the moment. Alongside is some of the global team that contributed to this project, including Interior Design Manager Andrew Moir, Design Manager Rogelio “Roger” Flores, and Senior Creative Designer Dragan Vukadinovic. Of course, when questioned not a one would let on as to whether Genesis would become the flagship brand. 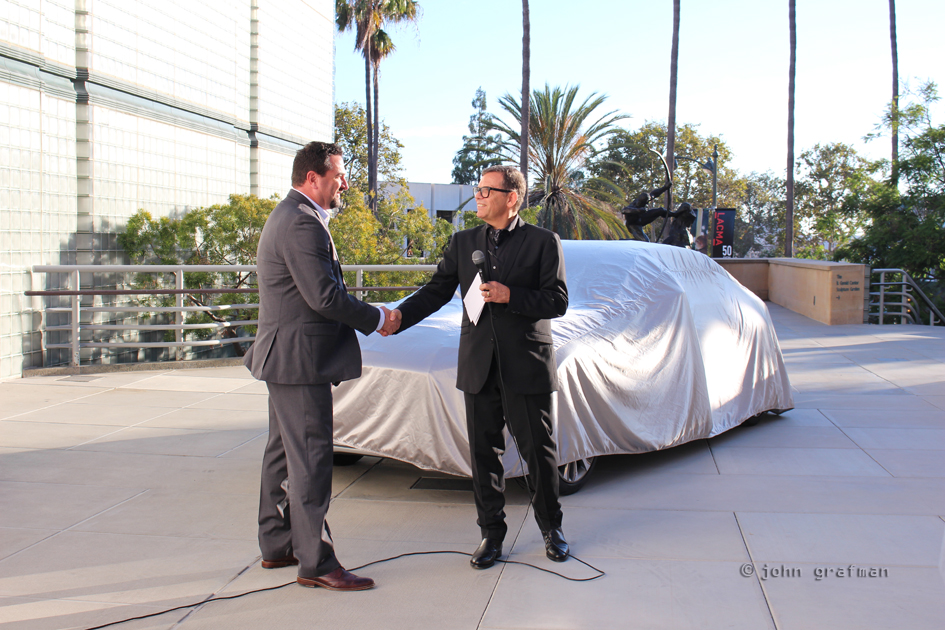 Besides the speculation, and before this heads to Pebble Beach for the Concours, Mr. Schreyer makes a point to let us know that this is the first true globally designed concept from Hyundai, where input was provided from studios around the world. It sounds like we will see more of this team effort in the future.

One of the key points of interest lies in the unique door “Virtual Valet” door opening system. This allow the passenger to stand aft of the door, and press the tab, handle, button, or whatever you’d like to call it. This then pops the door open completely for entrance. The advantage is that the driver or passenger doesn’t have to dance around the door, as one typically does. 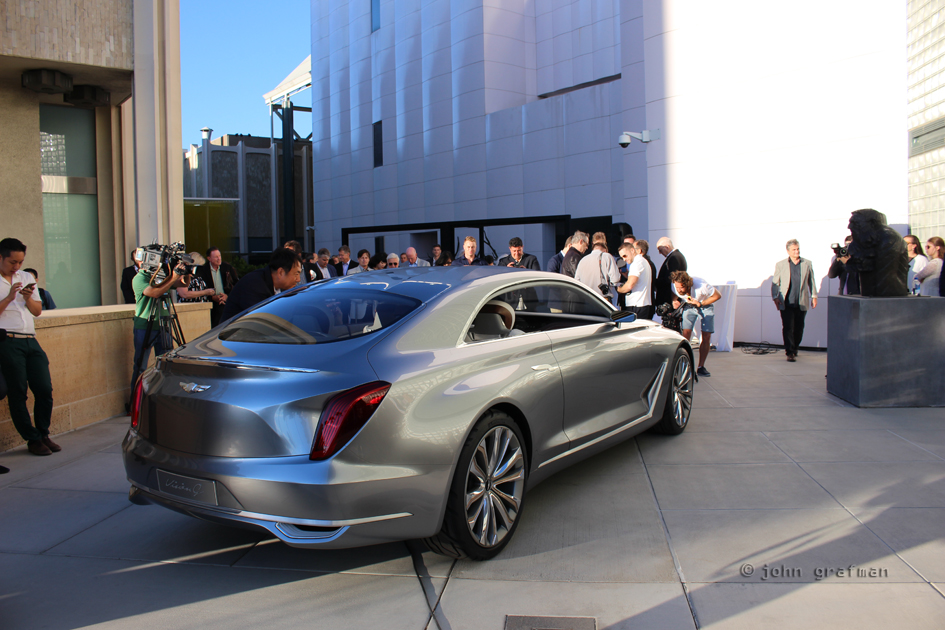 While demonstrating this feature, an unsuspecting journalist got just a bit too close to the door, and received something akin to a nudge by the swinging door. Maybe an advanced version could deliver the equivalent to a check in hockey. Perhaps we will see that in a James Bond Edition?

While the “Virtual Valet” isn’t bone or earth shattering, it does show that the company thinks about some of the details that many overlook, and it’s willing to take a stab at change.

And change is what made Hyundai the powerhouse that it is. So, our thought is, get used to it!