Bond is back, and in a big way! SPECTRE is the most expensive 007 movie made to date, and possibly the priciest movie of any kind, ever! As the prior Bond effort, Skyfall, did pull in over $1.1 Billion a certain amount of budget latitude for SPECTRE seems appropriate.

The good news is, you see virtually each dime spent up on the big screen. As in other episodes of the Bond franchise, tempting global locations beckon us, and special effects are riveting. And, most of SPECTRE has a life-like quality to it. This is high-art. 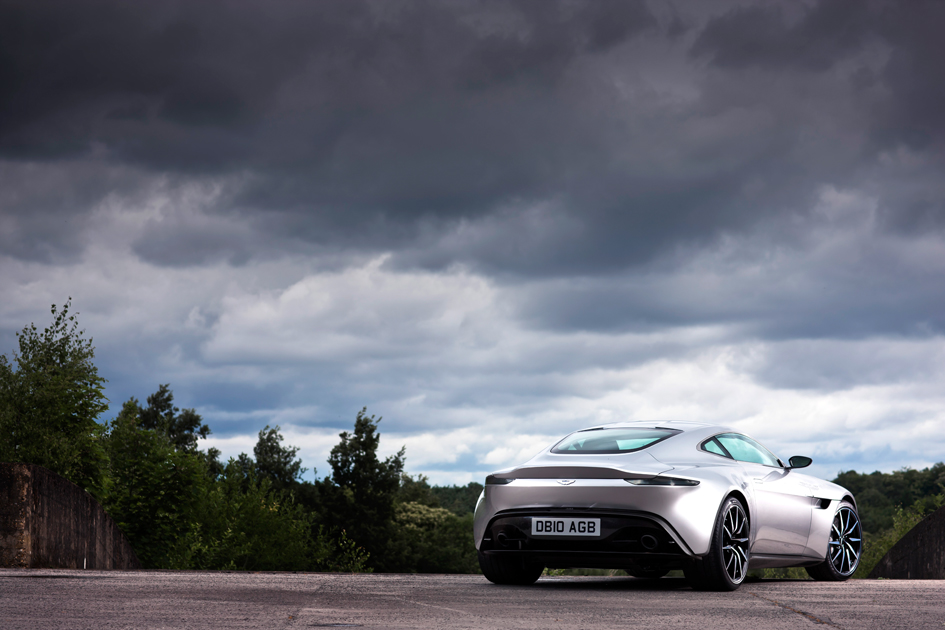 Director Sam Mendes says that SPECTRE recalls the classic Bond films in terms of the cars, the tone, the lighting and even the cut of 007’s suit. “Also, I wanted to get back to some of that old-school glamour that you get from those fantastic, otherworldly locations. I wanted to push it to extremes.”

Indeed, those locations are vivid. Bond transports us from Mexico to Morocco. The two hour jaunt also takes us to Austria, Rome, and of course London, England.

However, most of the clever secret agent gadgets of yore have fallen by the wayside in the current generation of Bond flicks. But, this isn’t to say that Q (played by Ben Whishaw) isn’t keeping busy. 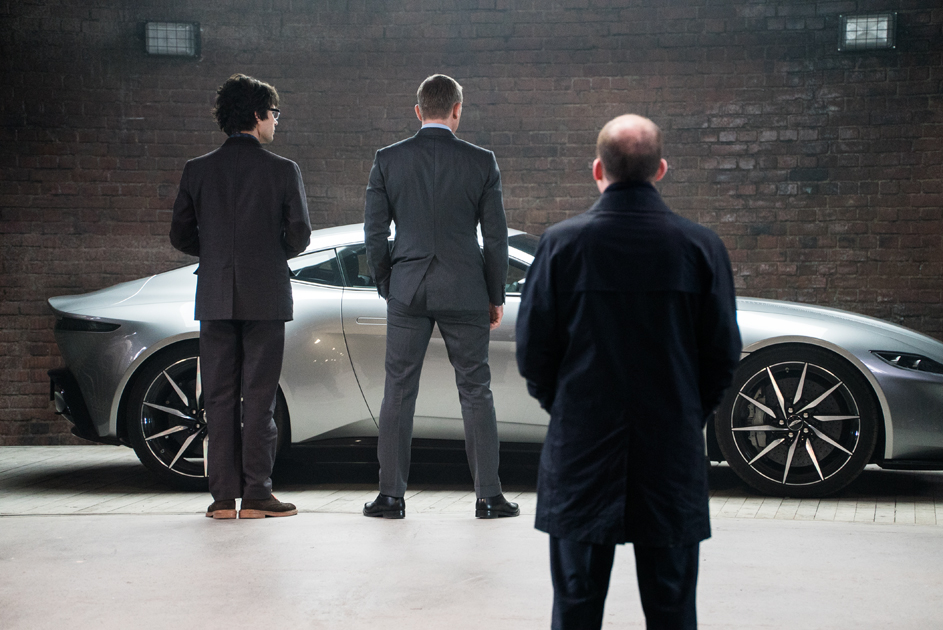 And, the audience is treated to villians we love to hate. Making a repeat performance is Mr White (Jesper Christensen), and in his 007 debut is Christoph Waltz, who’s known for taking on roles of some monsterous, bad guys.

Of course, what Bond movie would be complete without a love interest, and the character of Madeleine Swann (Léa Seydoux) is a good match for the role. Perhaps Léa isn’t the most striking of counterparts, but she does complement Daniel Craig credibly in his roll as Bond.

EON Productions’ Michael G. Wilson and Barbara Broccoli, long-serving producers of the franchise, point out, “I think this film is very much about the empowerment of Bond,” says Broccoli, “and with Daniel portraying the character, he does this with such enormous integrity that we really feel what he is going through, emotionally as well as physically.” 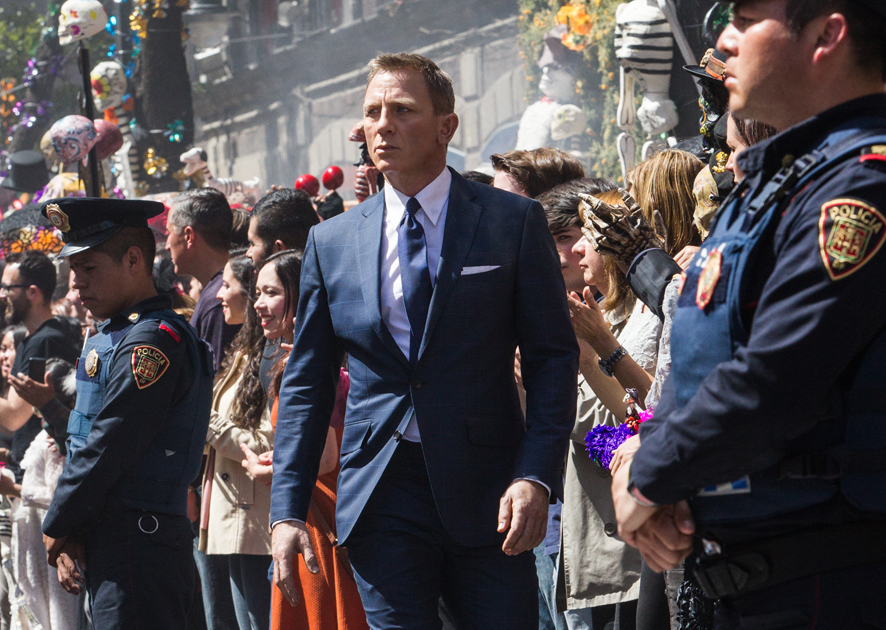 But we have to ask, is it Bond that keeps the franchise going year after year, or is it the cars?

We won’t spoil the plot and let the cat out of the bag, so here’s the scoop on what really matters.

Lighting up the big screen is the extremely limited Aston Martin DB10. James Bond, shall we say, borrows the DB10 from a colleague. After all, one isn’t really expected to hoof it around town, right? As the Bond characters don’t have the best of records in returning the cars in tip-top shape, lending anything of value to James would seem questionable at best. 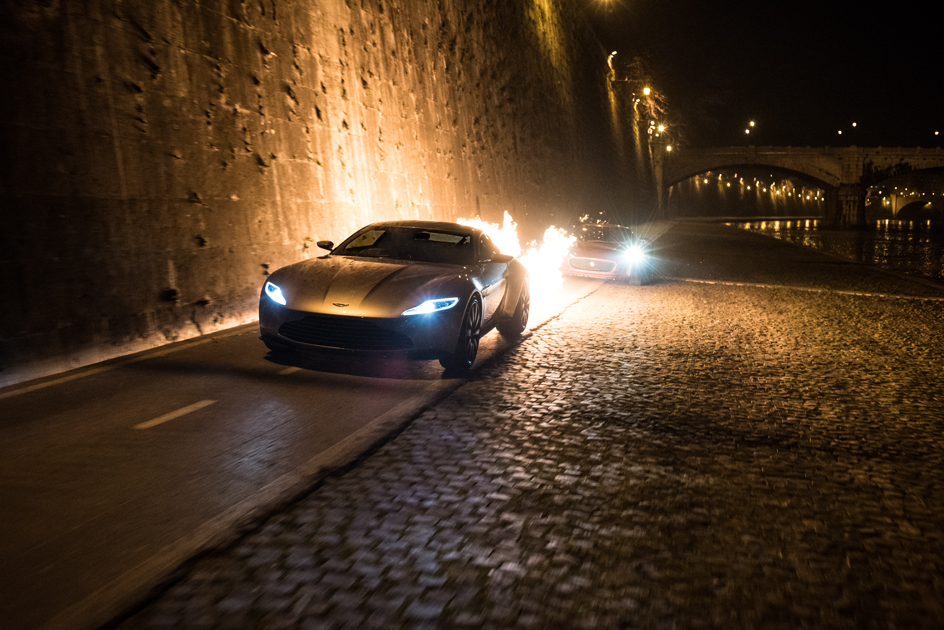 The DB10 has a bevy of added features fit for a world-class secret agent. We have the feeling many won’t see the light of day in a production car.

The Aston Martin DB10 is rather unique for several reasons. First, this is the only time a car has been produced by Aston Martin exclusively for 007. Also, only ten have been built, and eight of those were used in the production of SPECTRE, and two for promotional purposes. One car will be auctioned off to the public. For the rest of us the closest we will come to owning one will be purchasing the upcoming DVD. For most of us, if push comes to shove, a DB9 will have to do.

The DB10 starts life in much the same manner as any other concept car. Renderings, followed by a full-size clay model, and then the concept based on the clay. The team of designers, engineers, and assorted craftspeople at Aston Martin’s Gaydon headquarters managed to pull off a bit of magic. The DB10 project was completed in roughly six months. Any professional in the auto design industry will agree, that’s moving at a damn fast pace. 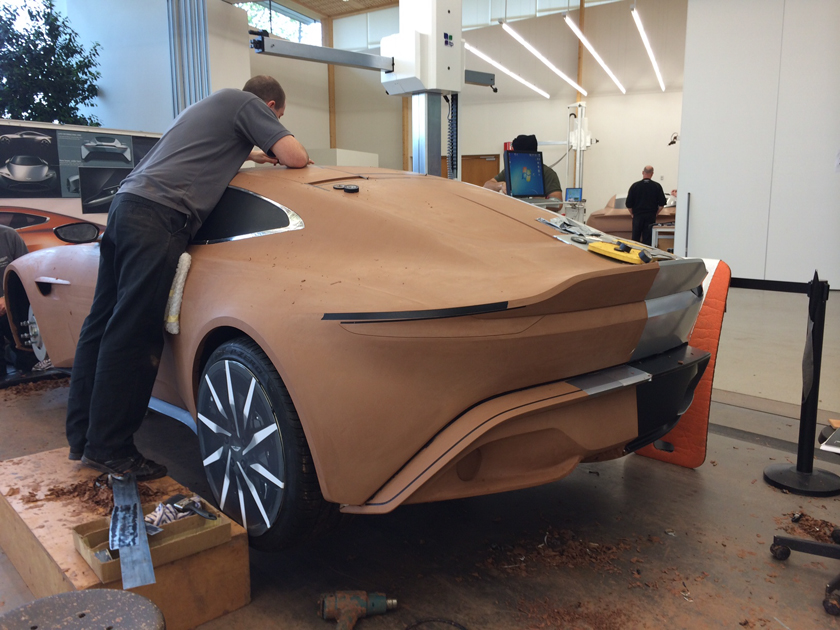 Rather unusual, Aston Martin invited Skyfall and SPECTRE director Sam Mendes to offer his input in design. “I felt very involved,” says the Oscar®-winning director. “I don’t know whether it was Aston’s brilliance at making me feel that way or whether I genuinely was. But I went and saw the initial model and I was particularly concerned with removing unnecessary details.

“I wanted a car that had clean, clear lines,” he adds, “something classic where it is almost impossible to place its year of birth.”

The car in the film isn’t just a trailer-queen, the DB10 is plenty functional thanks to the 4.7-liter, V8, and a proper manual transmission. While the numbers indicate this is good for 190mph and a zero-to-60 of about 4.7 seconds, this is just a prototype, so our guess is the DB10 won’t be seeing those types of speeds. 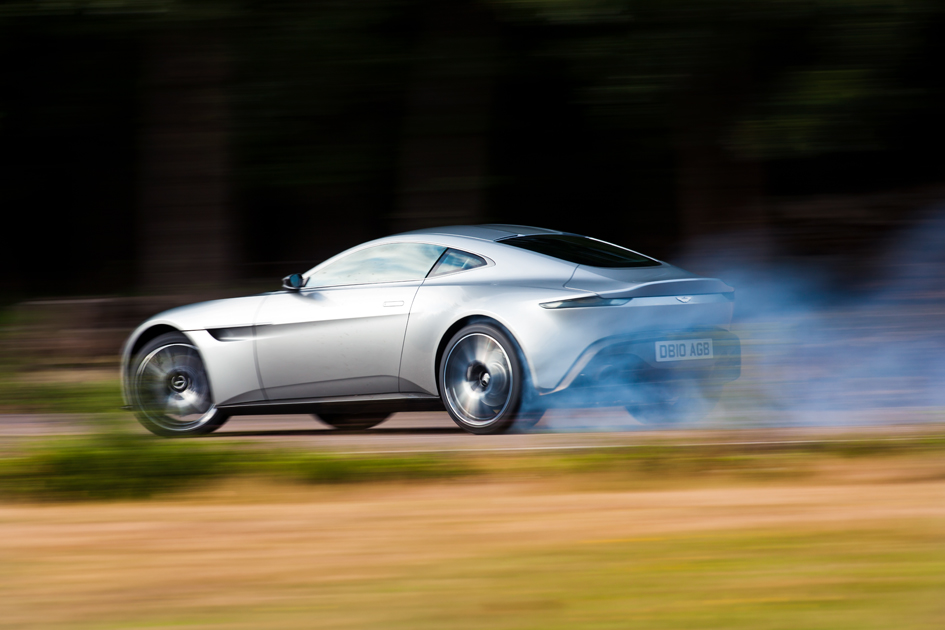 Complementing the powertrain, the body panels are comprised of painted carbon fiber, with the diffuser and sills remaining naked for maximum visual effect.

And, while the DB10 is hard to come by, it isn’t alone in SPECTRE. Seems Jaguar is making good on it’s recent ad campaign, it’s good to be bad. The aborted Jaguar C-X75 makes the cameo appearances of other brands, such as Lamborghini and Land Rover, seem almost pedestrian in comparison. But to be fair, the audience is tempted with dazzling automotive treats including a Porsche 956 Group B Homologation car, a full carbon fiber Bugatti, concept XJ Jaguars, a Lagonda from Aston Martin, and a tasty assortment of other supercars, including Ferrari 458 Speciales and Californias.

“The C-X75 program represents the pinnacle of Jaguar’s engineering and design expertise,” says Adrian Hallmark, Jaguar’s Global Brand Director. The concept behind the Jaguar was two micro-turbines feeding a hybrid, electric drive system. If only Jag didn’t pull the plug on this (pun intended). 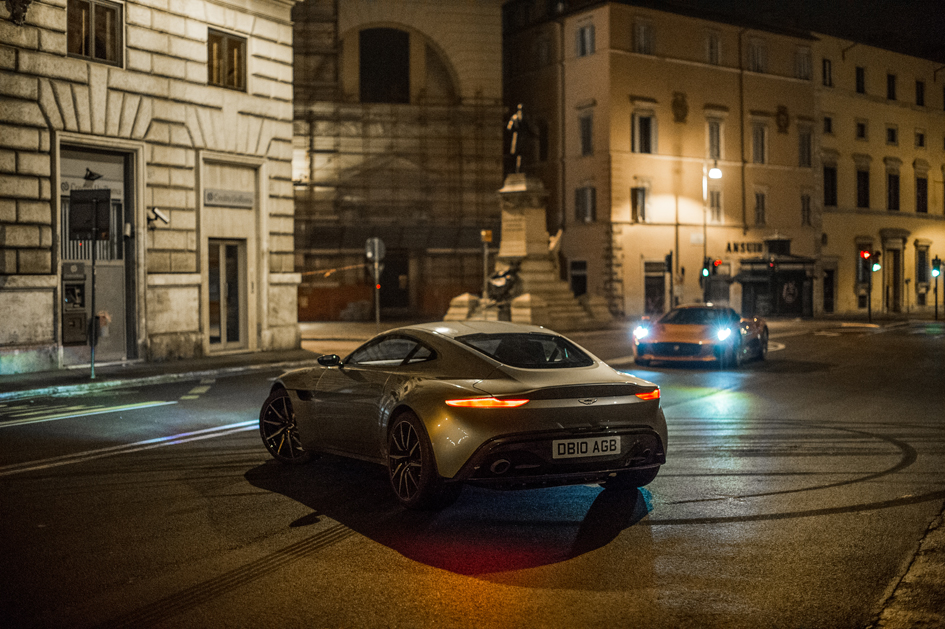 In bringing this movie to life, the second unit spent 18 nights over the course of three weeks shooting the stunning night-time car chase sequence, where Bond in his Aston Martin DB10 and the notorious Hinx (Dave Bautista) in the Jaguar C-X75 race through the city streets at speeds of up to 100mph.

SPECTRE’s stunt co-ordinator, Gary Powell, is overwhelmed by its power. Gary mentions, “The Jag was so powerful that we had to tone down the engine so the throttle response wasn’t so aggressive.”

“We always try to do things on screen that have never been seen before,” says producer Barbara Broccoli, “and the result is that in Rome we had the most spectacular car chase. It is something that we feel very proud of and I think also that the Romans will feel very proud as well.” 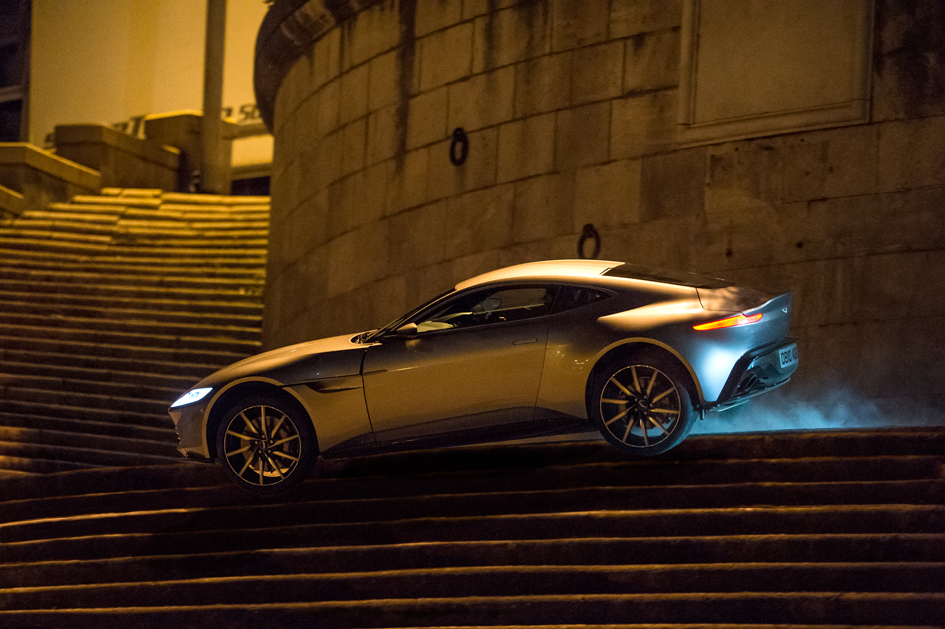 Bond is chased through the streets of Rome in his Aston Martin DB10 in Metro-Goldwyn-Mayer Pictures/Columbia Pictures/EON Productions’ action adventure SPECTRE.

So, the question on our lips is, will the Jaguar or the Aston Martin ever see production? Currently, Jaguar is incorporating some of the styling cues from the C-X75 into its production cars. Given the challenges and costs associated with bringing the Concept to market, we regretfully understand why Jaguar terminated this project.

The DB10 as it sits probably won’t see production either. However, we wouldn’t be the least bit surprised to see something similar on the road at some point. And after all, who wouldn’t like to fulfill his or her fantasy of playing the part of James Bond, at least behind the wheel?

Bond (Daniel Craig) looking out of the Aston Martin as he arrives at the Roman Palazzo Courtyard in Metro-Goldwyn-Mayer Pictures/Columbia Pictures/EON Productions’ action adventure SPECTRE.

Bond in his Aston Martin DB10 is chased by Mr. Hinx in his Jaguar on the streets of Rome in Metro-Goldwyn-Mayer Pictures/Columbia Pictures/EON Productions’ action adventure SPECTRE.