Acura returns to Monterey Car Week, one of the world’s top gatherings of automotive and motorsports enthusiasts, to debut the Type S Concept. Following its world premiere at a private Acura reception, the Acura Type S Concept will publicly debut on Friday, August 16 at The Quail, a Motorsports Gathering. It will then be showcased at the historic Pebble Beach Concours d’Elegance Concept Lawn on Sunday, August 18.

Representing a fundamental step toward fulfilling Acura’s return to Precision Crafted Performance, which started with the debut of the second-generation NSX, the Type S Concept sets the stage for re-introducing Type S performance variants to the Acura line-up after a decade hiatus, and will heavily influence the character of the upcoming, second-generation TLX Type S.

The Acura design team set out to express the essence of Precision Crafted Performance through stance and proportion, crafting a silhouette that is powerful and expressive, yet clean and cohesive. Building on the foundational beauty and style of the Acura Precision Concept, the Type S Concept’s powerful form is characterized by a wide track and low stance, with an expansive hood that stretches forward from the A-pillars.

“The return of Type S is instrumental in our mission to return Acura to its performance roots,” said Jon Ikeda, Vice President and Acura Brand Officer. “From bringing back the NSX to winning at the highest level of North American sports car racing and ushering-in a new generation starting with the RDX, we are revitalizing Acura on the foundation of our original and authentic brand values, piece by piece.” 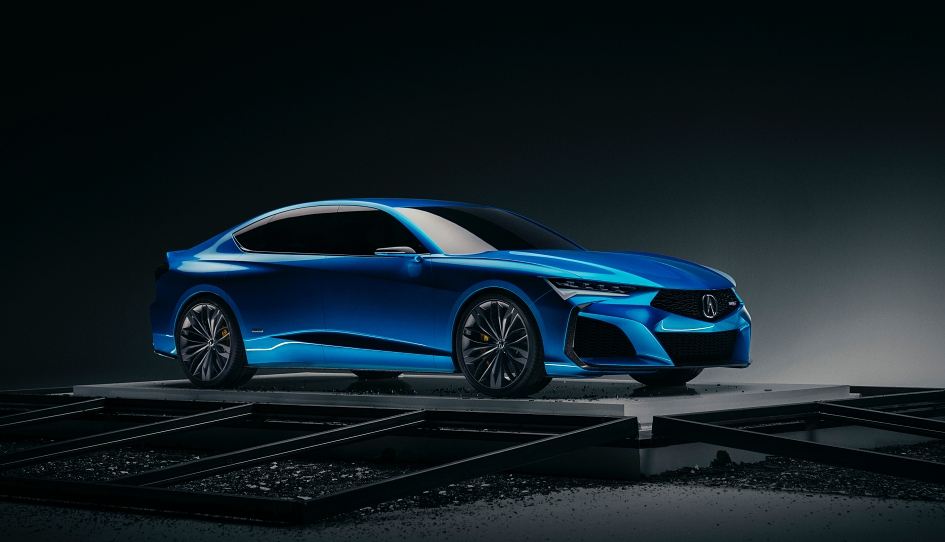 Performance at the Core

Building off its powerful stance, the Type S Concept’s front fascia reflects both form and function. Large center and side intakes are capable of supplying required airflow to a high-performance engine and brake package, with fascia detailing evolved from the NSX and Acura Precision Concept. The headlights are underscored, literally, by translucent white “Chicane” LEDs that serve double duty as running lights and turn signals.

The front fascia transitions to a side profile that communicates both power and elegance. Sheer surfaces and continually shifting angles are balanced by sharp, intersecting lines that create the impression that every surface is changing shape as it flows front to rear. Sheer side surfaces gradually open-up to muscular rear wheel arches, emphasizing the concept’s wide track. 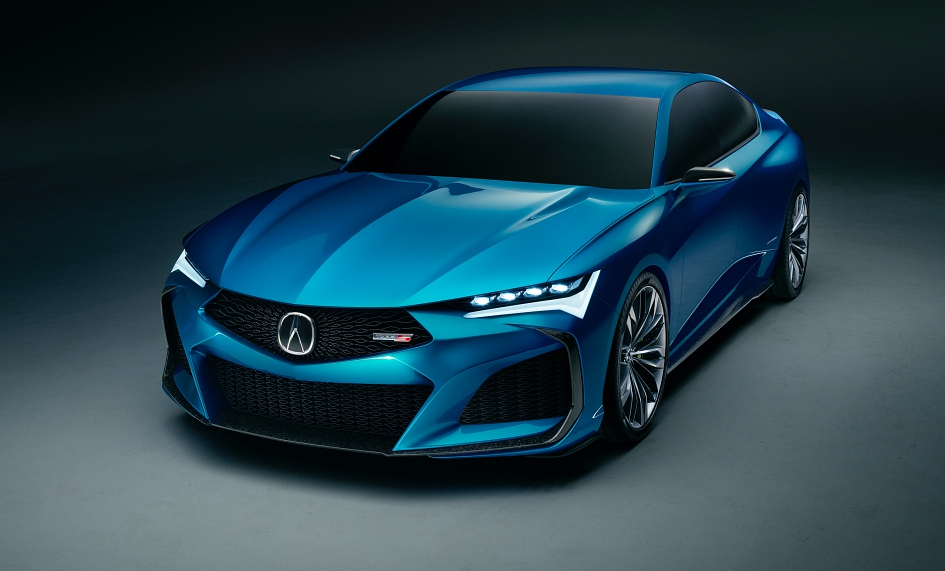 In addition to the rear decklid spoiler, forged carbon – created by bonding layers of carbon on top of one another to exceed the strength of traditional interwoven carbon – is applied to the front and rear splitters, side sills, rear decklid spoiler and multi-spoke 21-inch wheels.

The Acura Type S Concept was conceived by the Acura Design Studio in California, led by executive creative director, Dave Marek, and chief designer, Ben Davidson and will be showcased throughout Monterey Car Week. After its private debut at an Acura hosted event Aug. 15, it will make its public debut at The Quail, a Motorsports Gathering on Aug. 16, with a press conference scheduled for 9:30 a.m. The Type S Concept will also be on display at the historic Concept Lawn at the Pebble Beach Concours d’Elegance on Aug. 18. 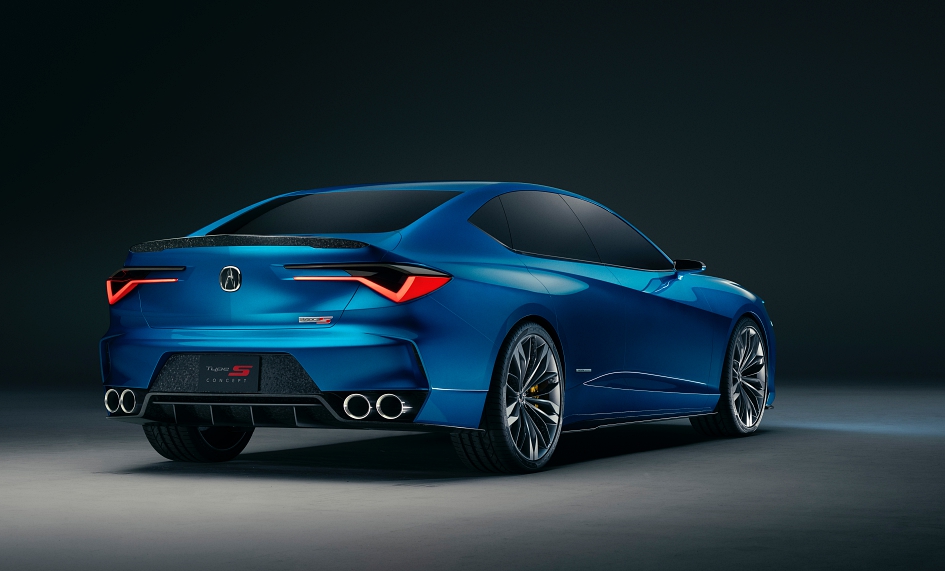 Coinciding with its 30thanniversary in 2016, Acura set a new course for its future, turning its focus back to its original and authentic roots as a performance-focused luxury brand. The second-generation Acura NSX launched as the pinnacle expression of Precision Crafted Performance kicking off the brand’s determined focus on a future that was first and foremost about performance.

In 2016, the foundations for a new design language were set with the debut of the Acura Precision Concept. Drawing inspiration from NSX, the Precision Concept adopted a supercar stance and sheer, alluring surfaces that pointed to a bolder more distinctive future for Acura design. The Concept also showcased key new production styling cues, including edgier lines and Acura’s signature new Diamond Pentagon grille, which were quickly adopted across the entire lineup, most recently on the 2019 ILX compact sports sedan.

Acura also expanded its sporty A-Spec package to all core models, attracting younger, more enthusiast-oriented customers in the process. In early 2018, the brand announced its intention to re-establish Type S performance variants in its line-up, and the development of a new, Acura-exclusive, turbocharged V6 engine. As of June of last year, Acura launched the 2019 RDX as the first in a new generation of Acura models designed from the ground up around Precision Crafted Performance. Right from the start, the third-generation RDX has become the retail best-selling model in luxury’s largest segment, setting multiple consecutive all-time monthly sales records.

The brand has also seen a highly successful return to sports car racing in North America. Acura teams and drivers fielding the NSX GT3 Evo and ARX-05 Daytona Prototype currently lead both Manufacturers’ and Drivers’ Championships in the GTD and DPi classes of the IMSA WeatherTech SportsCar Championship. 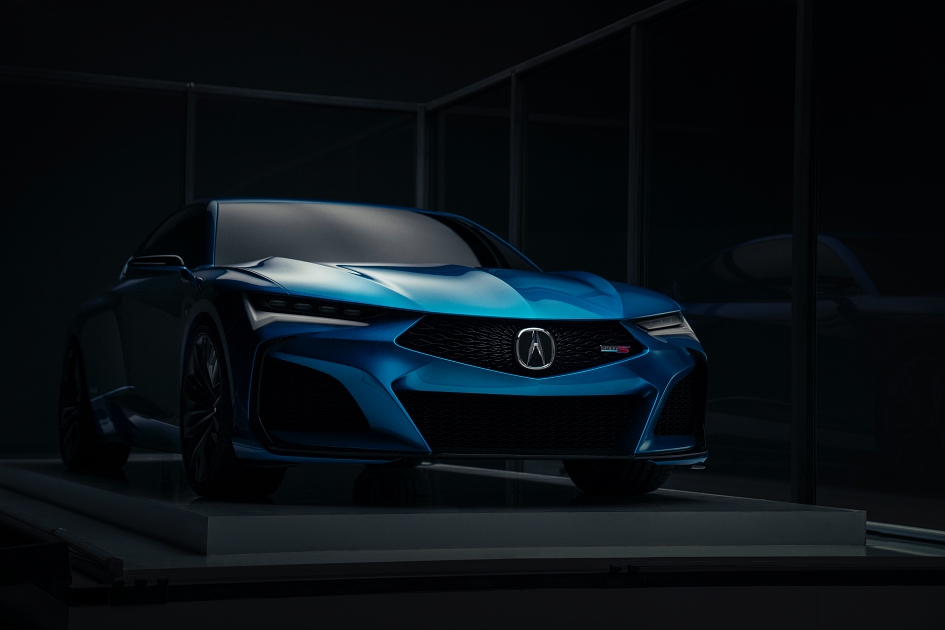 Five of the six Acura models sold in North America are made in central Ohio, using domestic and globally-sourced parts, including the ILX and TLX luxury sports sedans (Marysville Auto Plant), the RDX and MDX luxury SUVs (East Liberty Auto Plant) and the Acura NSX supercar, which is built to order at the Performance Manufacturing Center in Marysville, Ohio.

For more info go to Acura