To celebrate the North American launch of Jaguar’s new compact performance SUV, the Jaguar E-PACE is featured in urban locations in a series of ‘warped reality’ pictures by digital artist Chris Labrooy that were on display throughout the event. Jaguar has also released a short film describing some of the inspiration and detail behind the design of the new Jaguar E-PACE.

In 2015, the brand announced a new approach in the U.S. market with updated pricing and customer care strategies aimed at transforming its presence in the market ahead of launching the Jaguar XE and F-PACE. Since then, Jaguar was the fastest growing automotive brand in 2016 and the F-PACE, as well as the new XE, led to doubling of the Jaguar brand’s annual sales.

Jaguar is now expanding its 2018MY lineup to offer customers an even greater selection of vehicles, including a family of SUV vehicles, sedans and the iconic F-TYPE sports car – all backed with Jaguar EliteCare, an ownership package with class-leading five years or 60,000-mile limited warranty, complimentary scheduled maintenance coverage, roadside assistance and Jaguar InControl® Protect & Remote™2.

“Starting with the 2016 Model Year we set out to transform the Jaguar brand in the U.S. which has resulted in steady growth and improving brand health,” said Joe Eberhardt, President & CEO, Jaguar Land Rover North America. “Today, with the addition of three new models, led by the E-PACE SUV, we are writing the next chapter in the modern Jaguar history.”

The new 2018 Jaguar E-PACE is a five-seat compact performance SUV that packs the design and performance of a Jaguar sports car into a practical and connected all-wheel drive vehicle. With sporty design cues and trademark Jaguar driving dynamics, the E-PACE joins the growing Jaguar SUV family alongside the all-electric I-PACE Concept and the F-PACE performance SUV. Pricing for the E-PACE starts from $38,6001.

“The Jaguar E-PACE offers the perfect balance between performance, luxury and playfulness, bringing a unique sense of expression to the compact SUV market,” said Ian Callum, Director of Design, Jaguar. “As we continue to expand our Jaguar vehicle portfolio, consumers can expect to have access to new levels of design, performance and engineering across our SUVs, sedans and sports cars.” 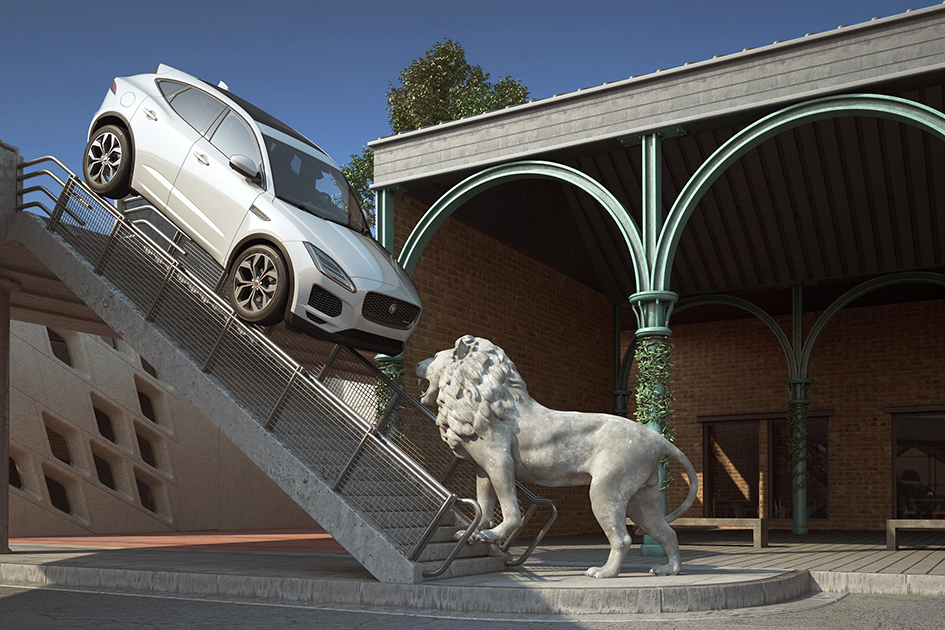 The Jaguar XF Sportbrake marks the Jaguar brand’s return to the premium station wagon in the U.S. On sale in late 2017, the XF Sportbrake offers generous interior space and delivers a near perfect 50/50 front-to-rear weight distribution. At launch, it comes powered with the V6 380hp and available in the S trim only. Pricing for the XF Sportbrake S starts from $70,4501.

The Jaguar XJR575, the brand’s latest full-size super sedan, continues a heritage of luxurious refinement and interior comfort for Jaguar sedans featuring upgraded performance and unique design touches. With speeds up to 186mph, it has more power than any previous XJ and features a specially tuned 5.0L supercharged V8 engine. Pricing for the 2018 XJR575 starts from $122,400.

The Art of Performance Tour is an award-winning test drive and digital engagement experience that enables consumers to get up close and personal with the latest Jaguar models and star in a sharable short action film, The Audition. Guests will also be able to get behind the wheel of the Jaguar XF, XE, F-TYPE and F-PACE in a series of driving exercises.

Inspired by the car’s playful character and its record-breaking barrel-roll reveal, the ‘Transposition’ series of images revealed today puts the E-PACE into a series of unlikely locations and scenarios. The UK-based Chris Labrooy worked with the Jaguar Design team, led by Design Director Ian Callum, to create a series of images showing the new vehicle in its natural habitat – with a twist. During the development of the Jaguar E-PACE, Callum and his colleagues worked closely with the engineering team to give the car a character and a sense of fun. In a short film, narrated by Callum, he explains how these ideas were brought to life and inspired by the Jaguar brand’s racing heritage.

The new 2018 Jaguar E-PACE is a five-seat compact performance SUV that packs the design and performance of a Jaguar sports car into a practical and connected all-wheel drive vehicle. With sporty design cues and trademark Jaguar driving dynamics, the E-PACE joins the growing Jaguar SUV family alongside the all-electric I-PACE concept and the F-PACE performance SUV.

The Jaguar XF Sportbrake also joins the lineup as the first XF station wagon to be offered in the U.S. by Jaguar. On sale in late 2017, the XF Sportbrake offers 31.7 cubic feet of loadspace, which expands to 69.7 cubic feet with the second row seats lowered, and delivers a near perfect 50/50 front-to-rear weight distribution. 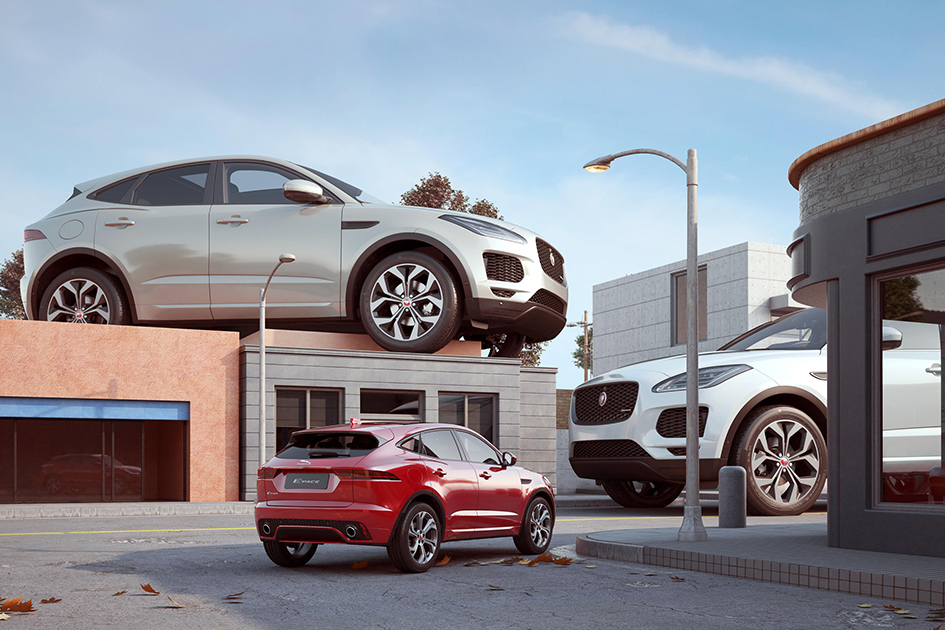 The XJ lineup expanded with the addition of the all-new 2018 XJR575, the brand’s latest super sedan. With speeds up to 186mph5, the XJR575 has more power than any previous XJ and features a specially tuned 5.0L supercharged V8 engine.

The Jaguar F-PACE is the first five-seat performance SUV from the Jaguar brand, and recently received the highest acclaim of 2017 World Car of the Year and 2017 World Car Design of the Year. Built on an aluminum intensive architecture that also underpins the XE and XF, the F-PACE has the driving dynamics of a sports sedan paired with the versatility and all-season capability of a SUV.

New for 2018MY, Jaguar has introduced new efficient and powerful 247hp and 296 hp 4-cylinder Ingenium gasoline engines in the XE for the first time, as well as a new limited edition XE Portfolio, the most refined version of the XE to date. In addition, an all-new top-of-the-range XE S features exclusive F-TYPE derived 380hp supercharged 3.0L V6 engine. 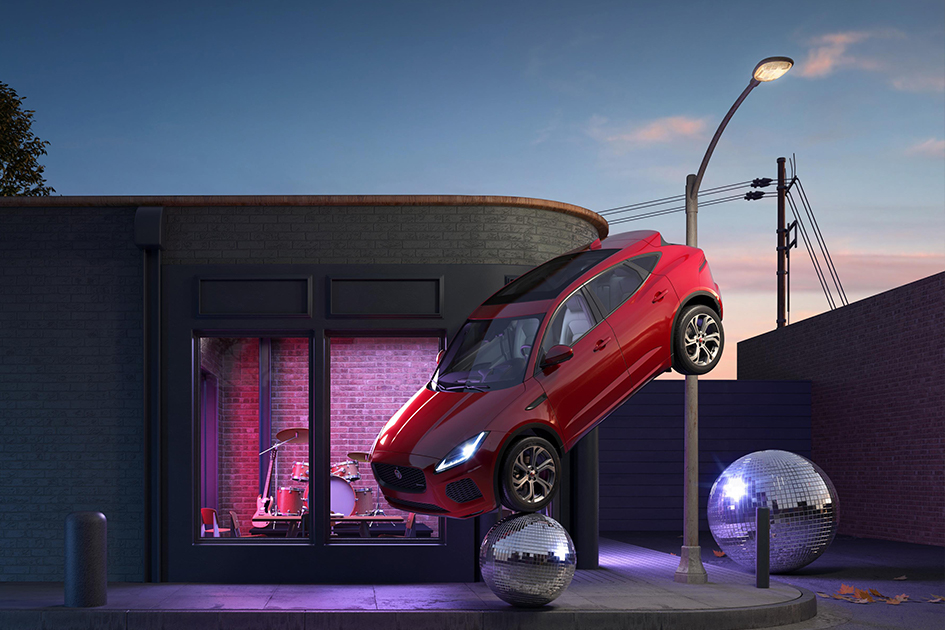 The F-TYPE continues to evolve for 2018, with a fresh new look, new powertrain options and the addition of standard technology features previously unavailable. The expanded F-TYPE model range will appeal to an even broader range of potential new buyers with 24 variants and starting prices ranging from $59,900 – $125,0001.

For the 2018MY, the F-TYPE offers more driver-focused technologies and a broader model range including an all-new 296hp turbocharged Ingenium 4-cylinder engine, a number of supercharged V6 and V8 options and even the up to 200mph3 all-wheel drive 575hp V8 powered F-TYPE SVR.

For more information on the 2018 Jaguar line-up, visit us.media.jaguar.com.

About the Author: LeeAnn Rhoden